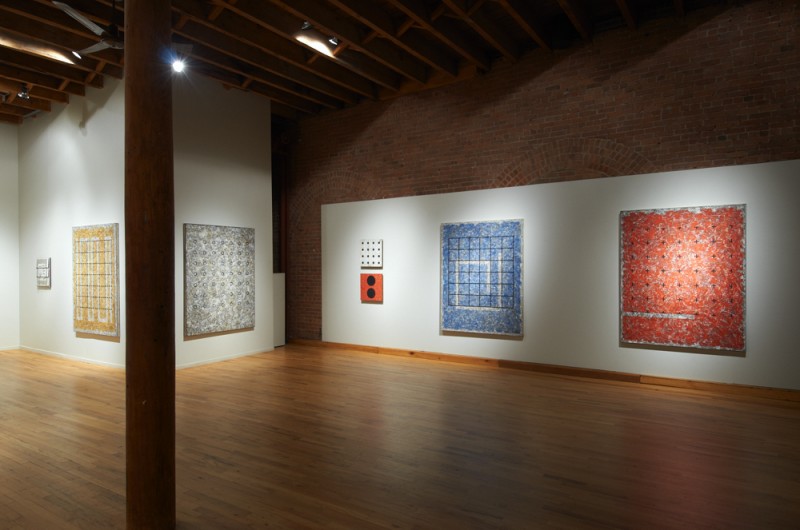 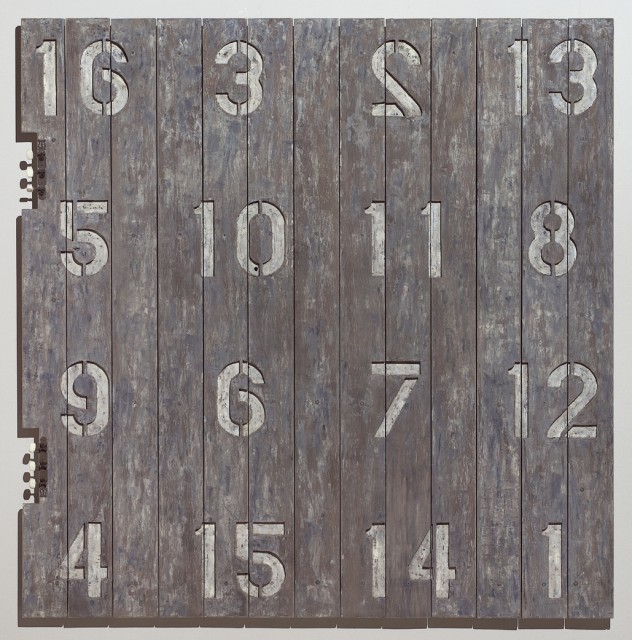 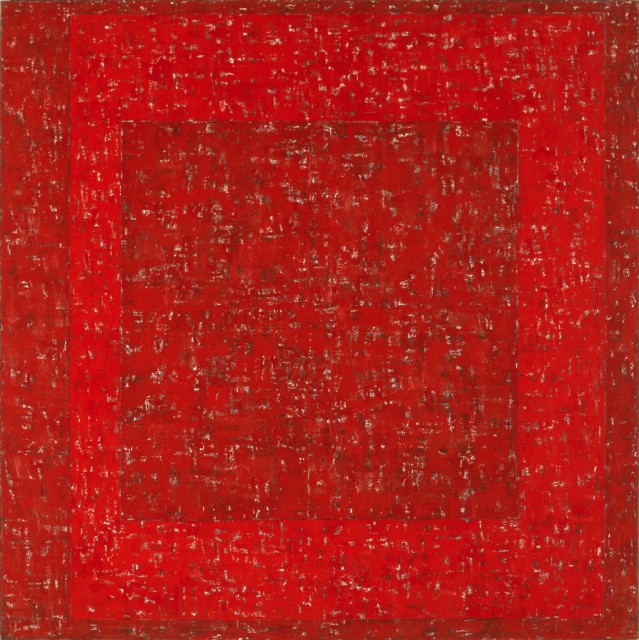 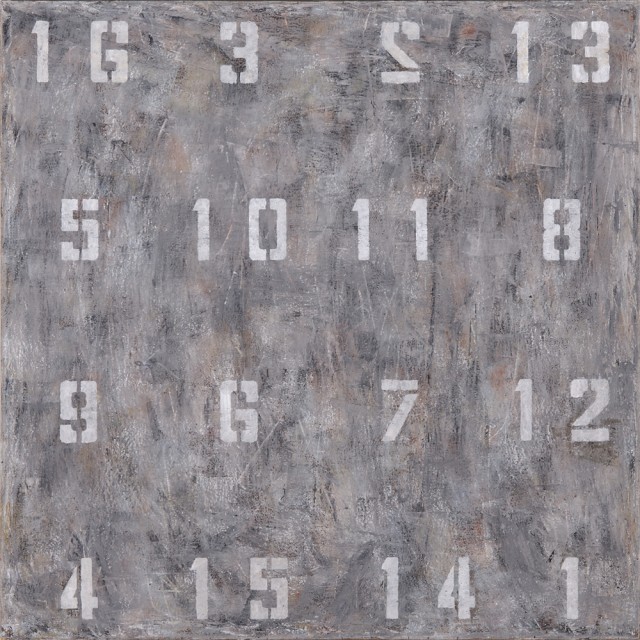 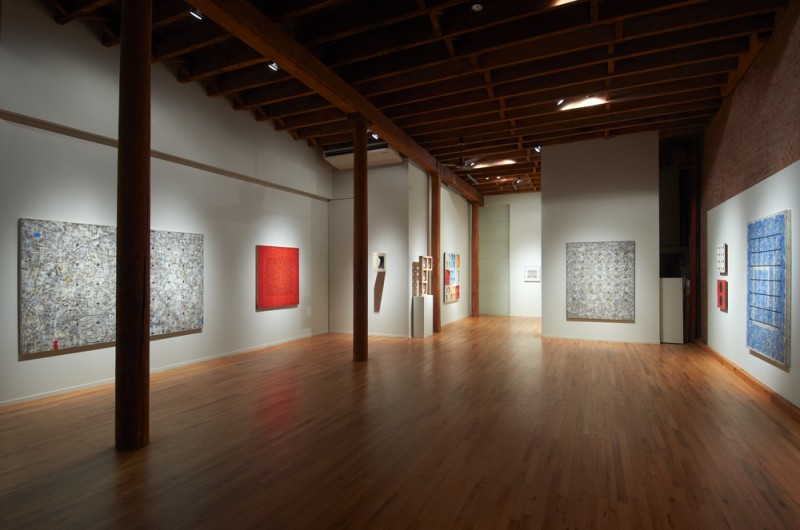 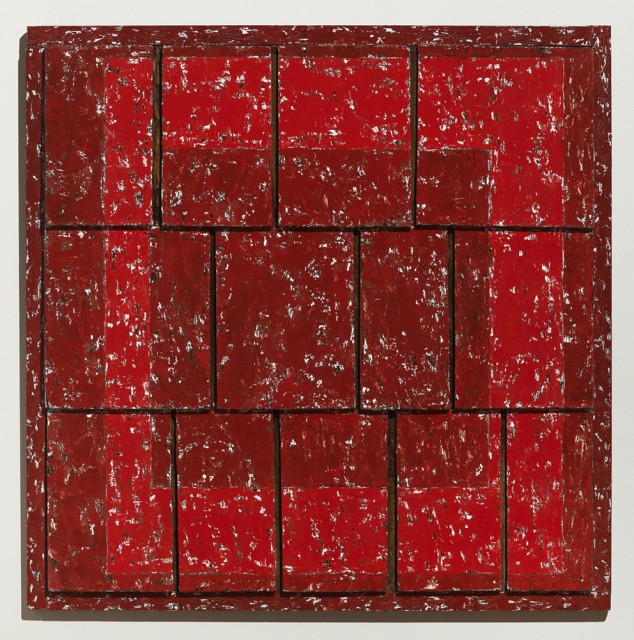 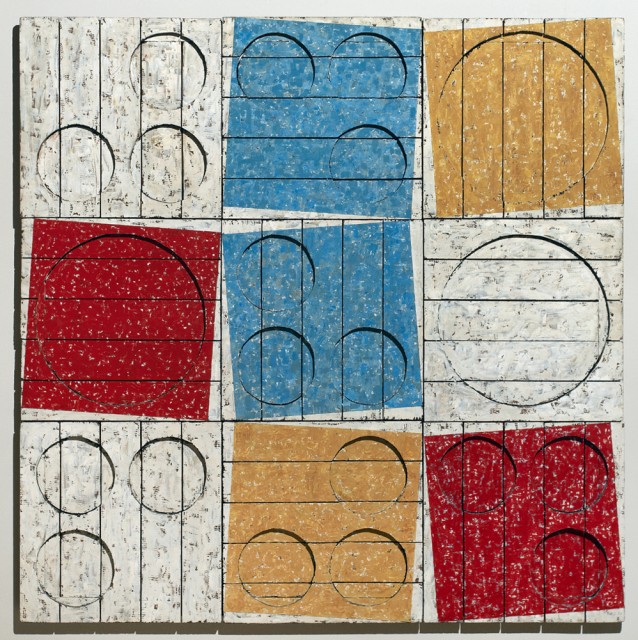 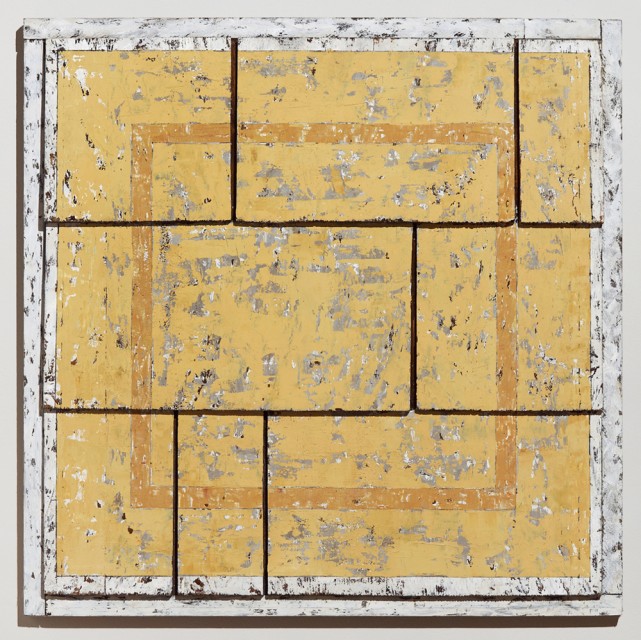 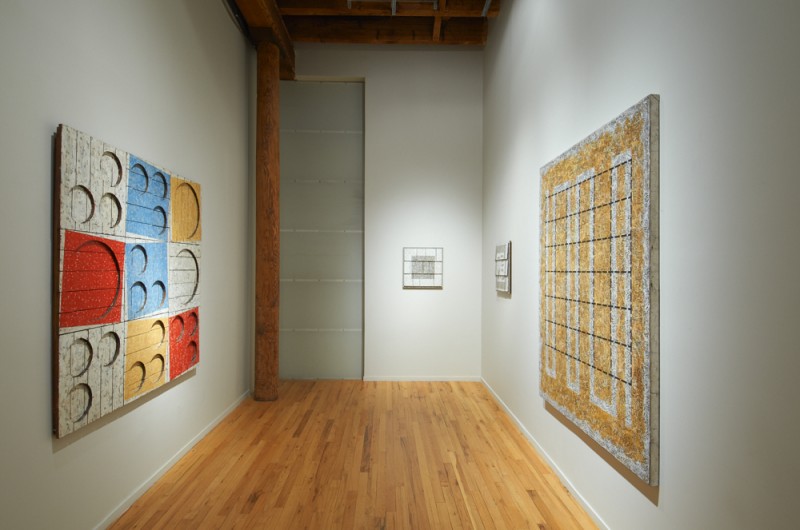 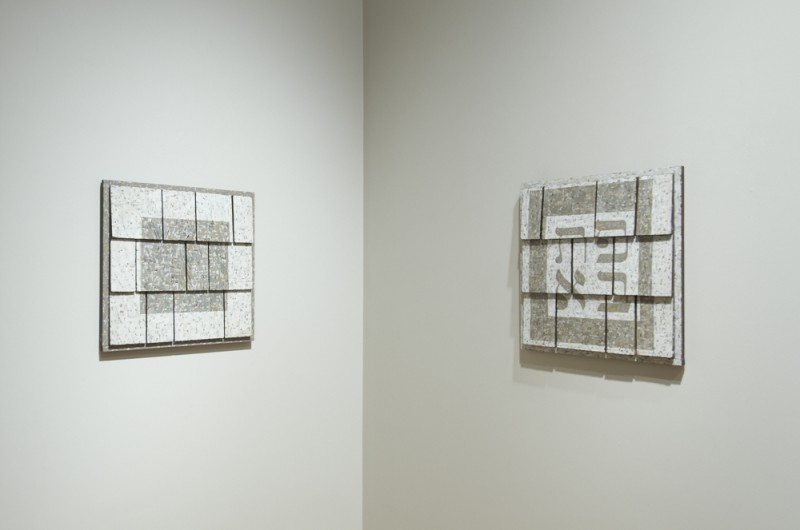 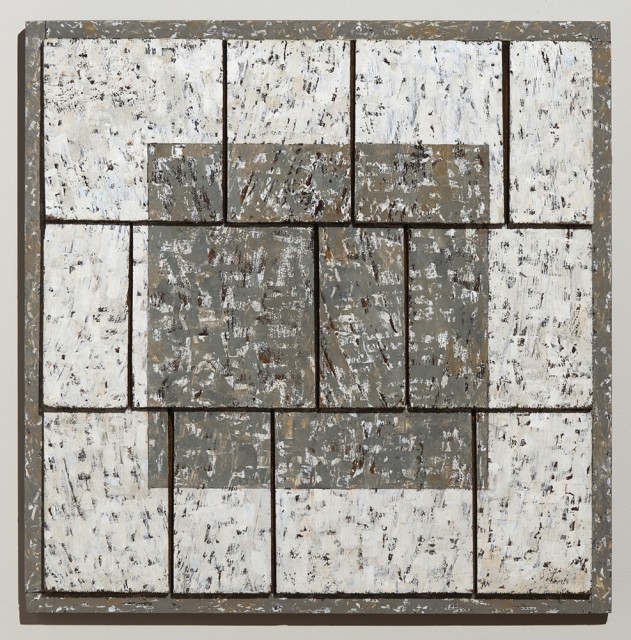 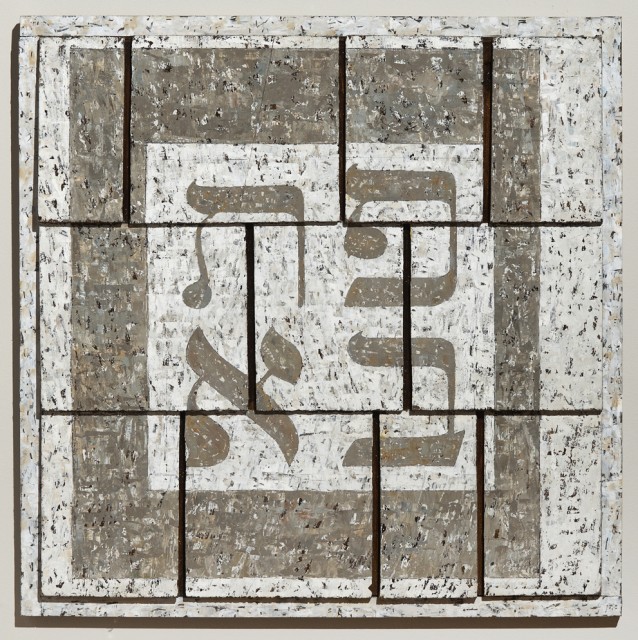 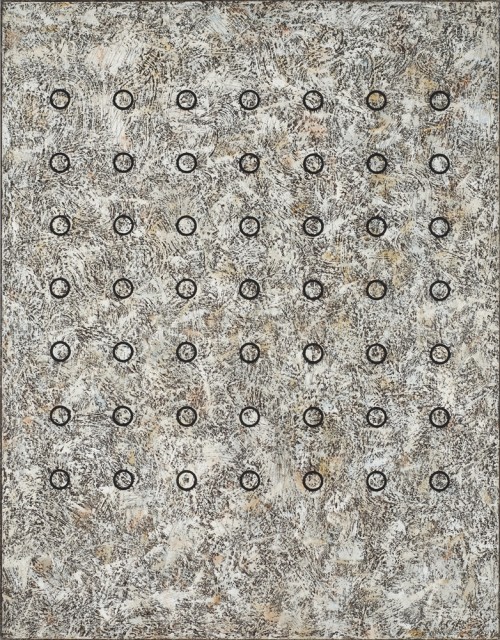 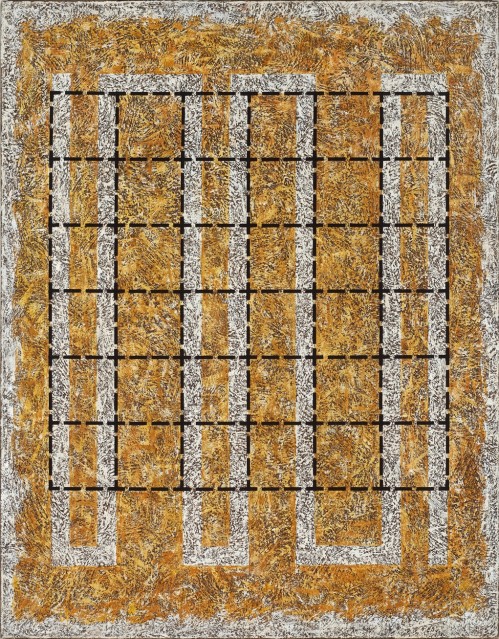 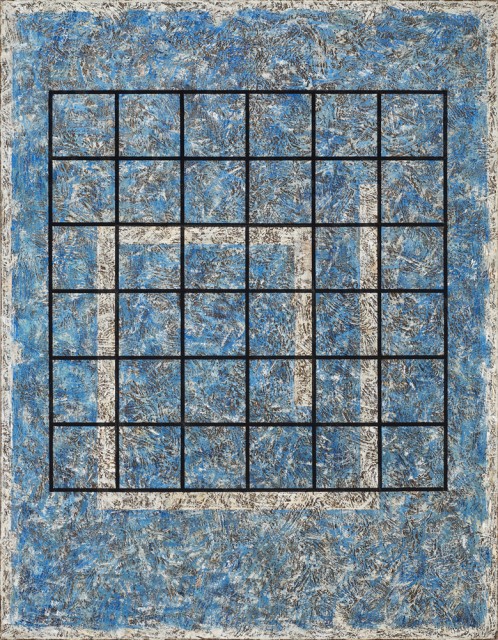 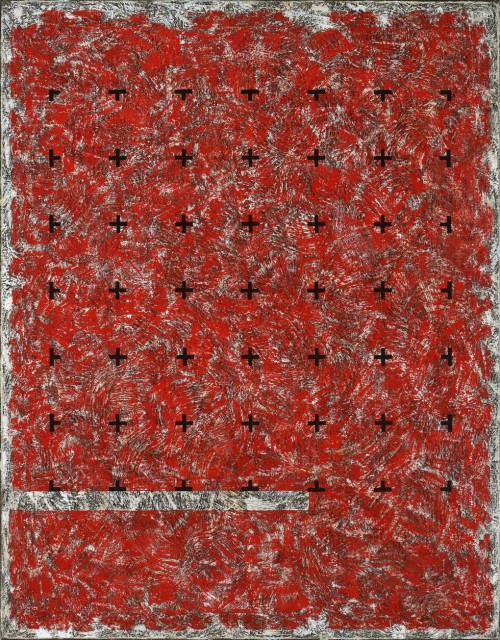 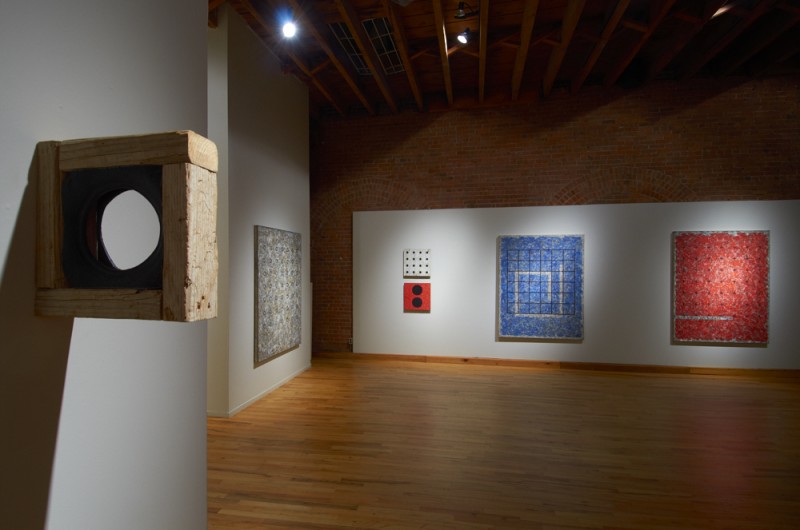 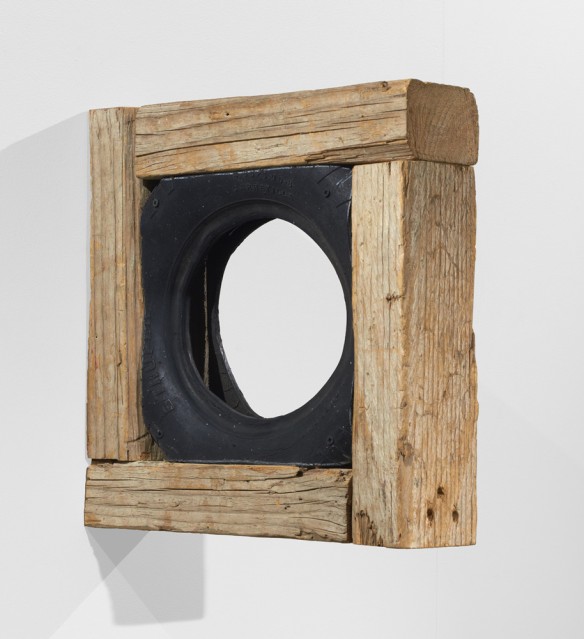 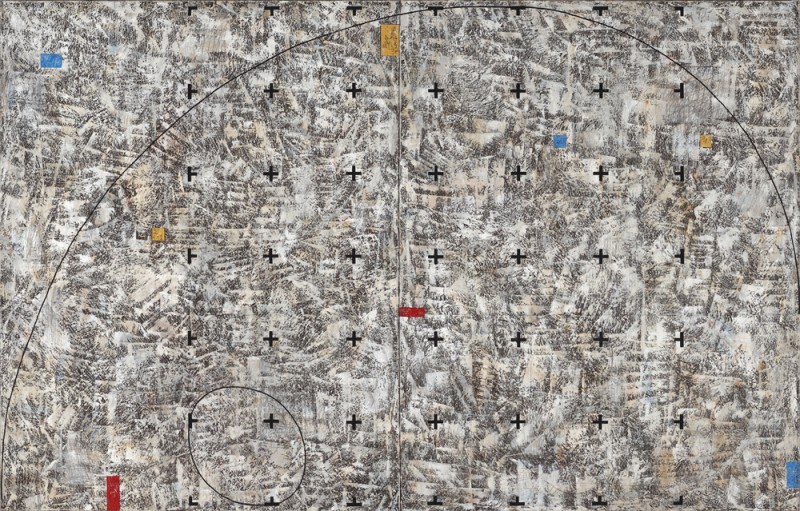 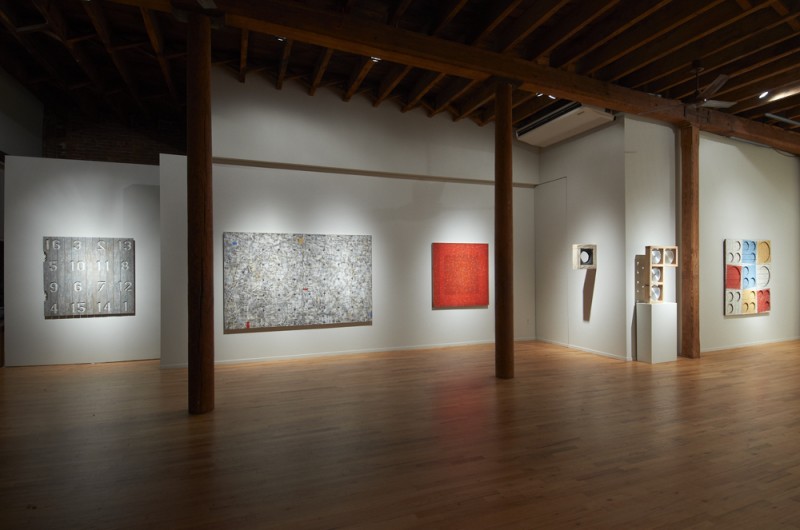 Magic Squares is our third exhibition of recent works by the Mexican artist Sergio Gutman.

Gutman’s interest in the symbolic content of numbers and letters led him to explore a mathematical exercise that has fascinated humanity throughout the ages. A Magic Square is a square divided by a grid of squares each containing a number that when added together, horizontally, vertically and diagonally, result in the same total sum. As a visitor enters the gallery she or he first views a large square wood assemblage with four rows of carved numbers, it is based on the Magic Square in Albrecht Dϋrer’s famous engraving Melancholia.

As Gutman relates, “The interest for me of Magic Squares in relation to painting is how they structure the way a picture is composed, how each element relates to the other elements in every direction, (up, down, sideways and diagonally) adding up and resolving itself in a harmonious and balanced way. Something that gave me great satisfaction, after having worked with this idea for some time, was when leafing through a book I found to my surprise that Paul Klee also did a series called Magic Squares. In his case they were color studies.”

In the textured surface of his new paintings, Gutman worked with contrasts: symmetry/asymmetry, stillness/dynamism, stability/instability, curved forms and straight forms. He juxtaposes a vivid red square off center on a muted red background, and on the rectangular canvases the outline of a square grid is marked by black plus or minus lines where the invisible lines intersect.

In a wood relief, circles are hollowed out of square compartments, and in a white horizontal painting, a large tracing of a curved line, a section of the Fibonacci Spiral, hovers above a square suggested by the markings of black crosses. The conjunction of the square and the circle is charged with the symbolic connotations of harmonious totality, as the former represents the earth and the latter the sky.

A constant theme in Gutman’s production is his use of common objects of modern consumption, tools, car tires and parts; he gives them new meaning with an unexpected twist.

He painted on shingles, so conspicuous in American suburban architecture, using them as the structuring element. In the past he used car parts, a piston as a stencil in an all over motif in several paintings. The track patterns in car tires were used as a rolling seal in a triptych of large prints on paper, titled Mitla for the rhythmic geometric horizontal bands that recall the stone patterns on the walls of the Zapotec ruins in Oaxaca.

In this current exhibition Gutman deals with the impressive heritage of Mexico’s Pre-Hispanic past with a light touch. A car tire enclosed in a rough square wood frame is hung protruding out from the wall, emulating the carved stone rings in the ball game court in Uxmal.