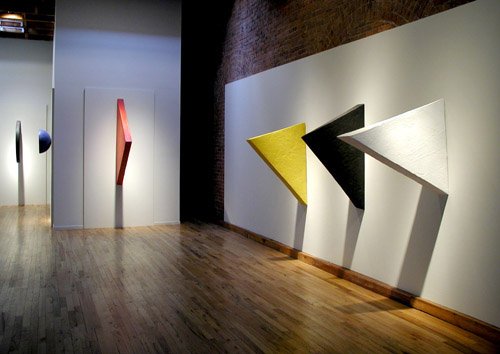 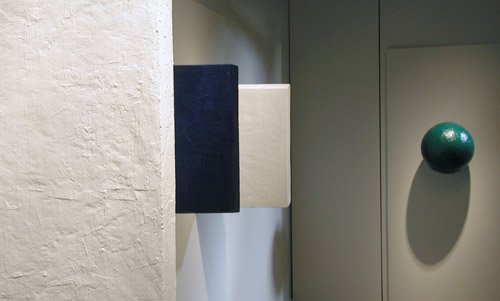 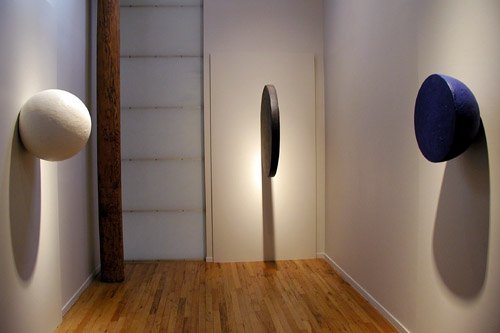 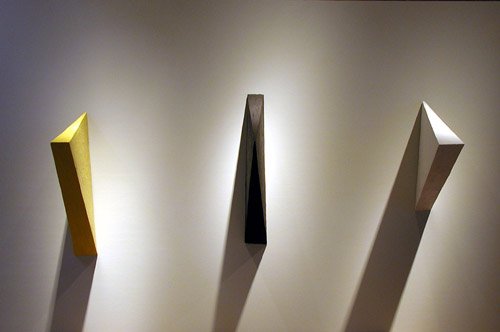 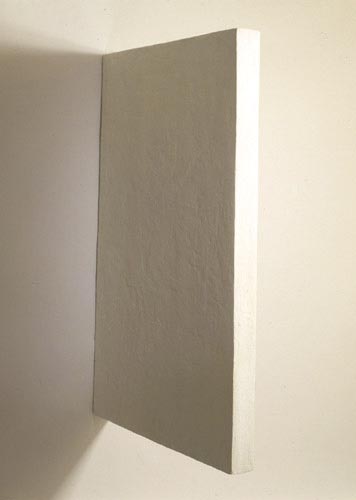 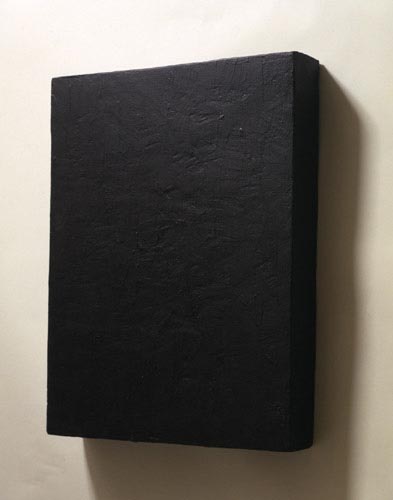 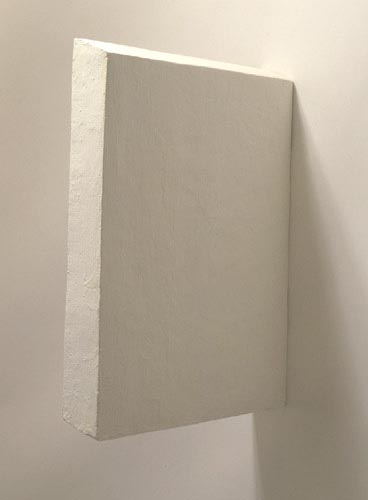 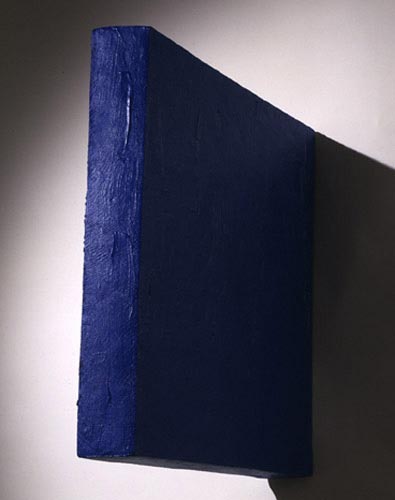 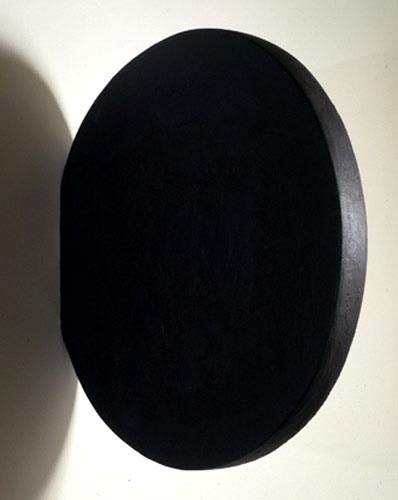 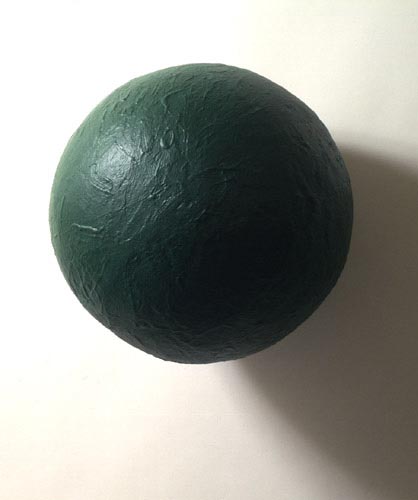 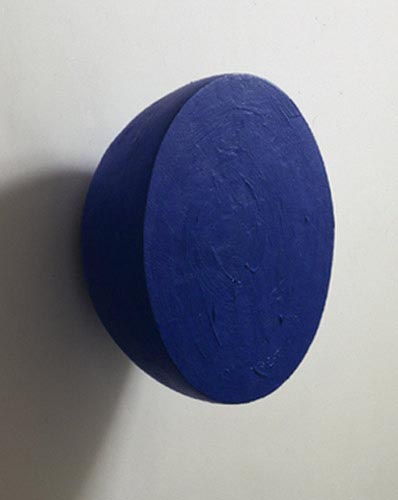 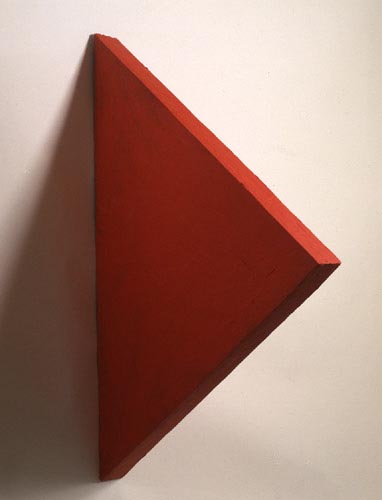 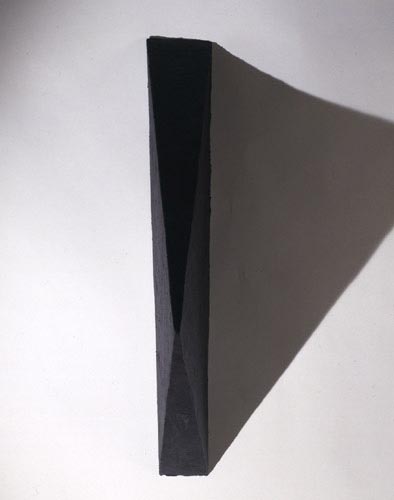 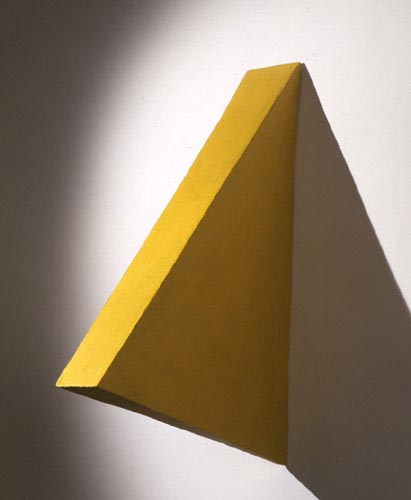 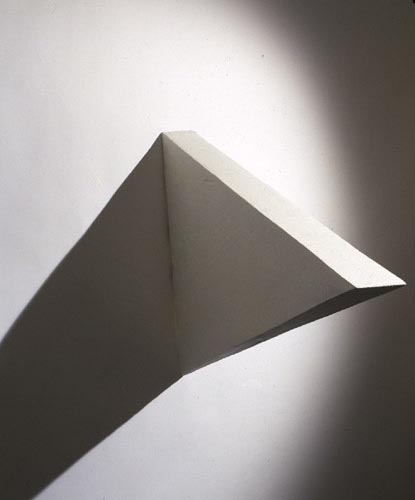 Since 1994, Costa's work has consisted of paintings with volume. Wall pieces and free-standing works are made of layers and layers of acrylic paint applied with brush and spatula. There is no canvas, wood or any other support.

In previous NY presentations (at the Elga Wimmer Gallery in 1995 and 1998,) Costa showed representational as well as abstract paintings. In this exhibition, the works are geometric monochromes that extend out from the wall and protrude up to 42 inches into space. The collection includes volumetric rectangles, spheres and triangles that are actually 'formed' chunks of paint. They make a convincing case for the extreme in art.

Costa is known as an early conceptualist who in the late 1960s was part of the NYC group that included Scott Burton, Vito Acconci, Marjorie Strider, Dan Graham, and others. His Fashion Fictions, a series of "interventions in media" that appeared in The New York Times Magazine, Vogue, and Harper's Bazaar between 1966 and 1984, were recently exhibited in GLOBAL CONCEPTUALISM, (Queens Museum, Walker Art Center, Miami Art Museum, and The List Art Center at MIT.) Similar work by Costa is currently on exhibit in HETERTOPÍAS at the Museo Reina Sofía in Madrid, Spain - through February 27, and in May, his work will be in POP ART INTERNATIONAL at the Centre Georges Pompidou in Paris.

Art critic Carter Ratcliff has written about Costa's volumetric paintings. "Costa is a conceptual painter - or, if you like, a painterly conceptualist. His conceptualism is anything but the usual kind, dry and didactic and determined to replace the sensuous presence of the work of art with theoretical discourse. These paintings are lush in form and texture, dazzling in color. Costa is a painter of ferocious delicacy."

"Costa employs the African tradition in the same way he utilizes the traditions of the European, North American, and South American avant-gardes to which his work is equally indebted. All are undone, broken apart, and reformulated in such a way that the four continents are fused and equally present in Costa's volumetric abstract paintings. In the end, this is the most striking and significant aspect of Costa's new series, for it at once melds not only the traditions of different regions of the globe but also the past and the new and as yet completely uncharted cultural possibilities of what will certainly be an unprecedentedly global twenty-first century."
From Alexander Alberro's Reformulating Modernist Painting: Eduardo Costa's Geometrical Abstractions.