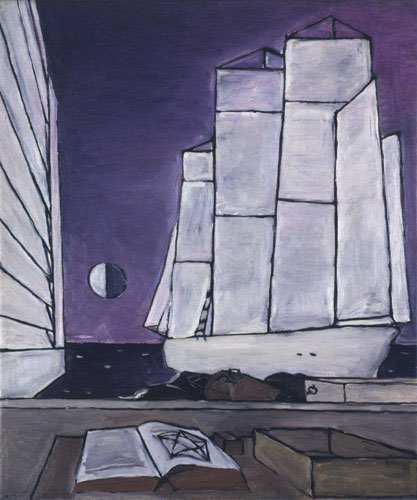 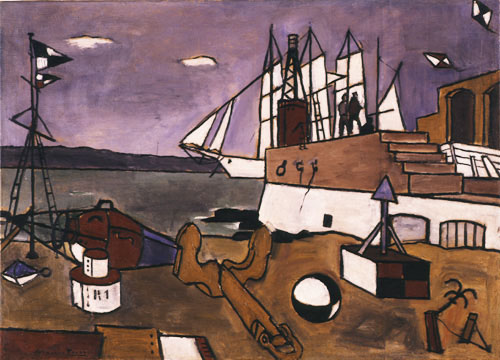 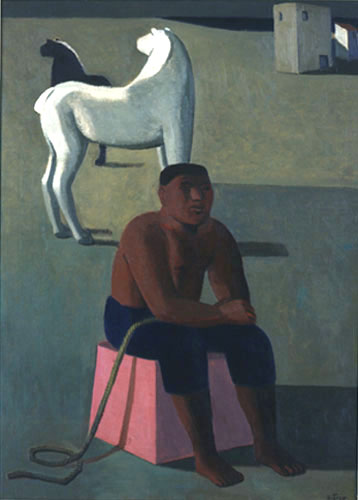 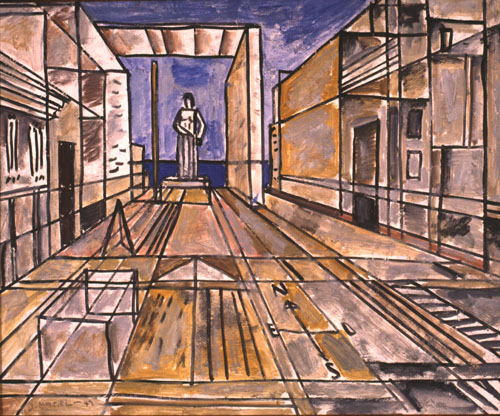 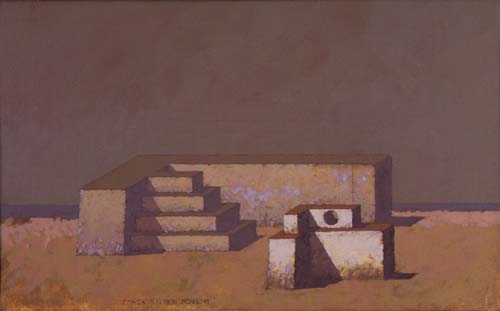 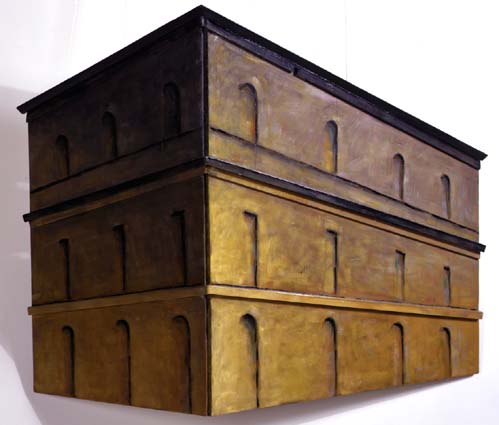 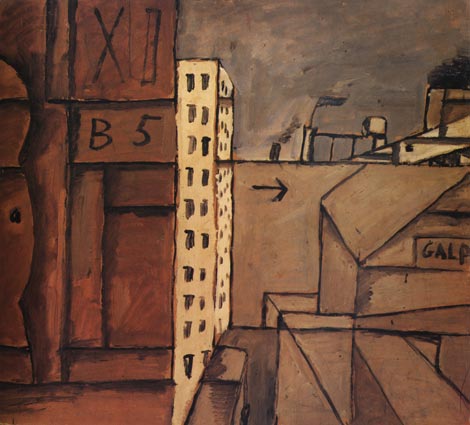 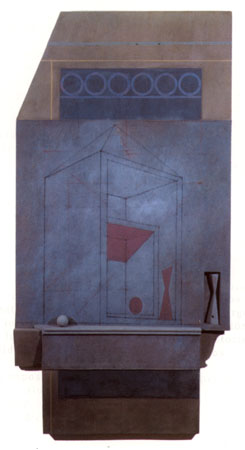 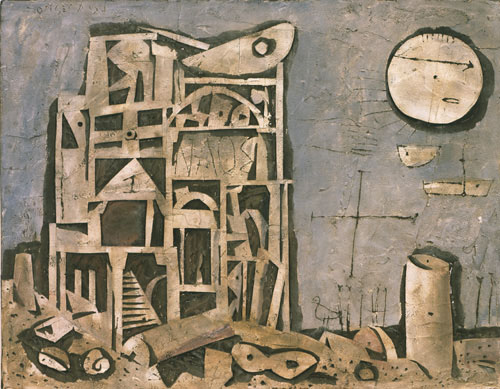 More Latin American artists surrendered to the attractions of Giorgio de Chirico and Carlo Carra's Pittura Metafisica than did their North American counterparts. The "metaphysical aesthetic" had great appeal to the fondness for legends and myths that runs deep through the Latin American "collective unconscious."

The word "metaphysical," as used in the titles of several paintings in the exhibition, suggests a mysterious reality beyond the normal world they purport to depict. The supernatural lighting, the incongruous placement of objects, the structure created by the architecture of sharp lines in perspective generate a poetic and usually ominous atmosphere.

Latin American literature influenced and supported the development of this quality in the plastic arts. The writings of the Uruguayan-born French poet, Isidore Ducasse (Comte de Lautréamont, 1846-1870), were a precursor of the metaphysical and the surreal. His Chants de Maldoror, with its startling metaphors and dislocations, was widely read in the 1940s. Jorge Luis Borges's preoccupation with Man's place in a labyrinthine universe of circular time and of a reality reflected infinitely in mirrors provided painters with rich material for their imagination.

The works chosen for the exhibition illustrate various approaches to the subject from the figurative to the geometric. The artists differ in their interests and backgrounds, yet their work has an otherworldly quality and the distinct flavor that perpetuates the tradition of Pittura Metafisica.

Roberto Aizenberg's paintings of buildings are like visual renderings of where the stories of Borges unravel. Marcelo Bonevardi's beautifully made constructions combine painting, sculpture and architecture and share with Borges a metaphysical quest. Battle Planas, an enthusiast of psychoanalysis, Zen philosophy, and psychic automatism, and who had a major influence on Argentine Surrealism, developed an intimate and poetical aesthetic.

Fernando Botero, while in Florence in the 1950s, was also seduced by Carra's work, as in the exhibited painting where the long shadows of man and horses stretch across an endless plain. Lidya Buzio, inspired by the cast iron architecture of lower Manhattan, creates wall assemblages of buildings and roof-line vistas that subtly play with our perception of perspective. Fernando Maza's architectural constructs painted in soft pastel colors fashion a poetic dislocation by his juxtaposition of shapes and symbols against a horizon of calm sea.

As Octavio Paz pointed out, David A. Siqueiros's 1919 visit to Carlo Carra in Milan inspired the mannequins and automatons of his later murals and paintings. His 1936 Cosmos & Disaster is a metaphysical view of war. Rufino Tamayo appropriates De Chirico's eerie sense of arrangement in order to create a rhythmic tension between the seemingly isolated elements in the two gouaches on exhibition.

In the late 1940s under the spell of De Chirico, the Taller Torres-García artists Gonzalo Fonseca, Jonio Montiel, Augusto and Horacio Torres, painted numerous landscapes using Montevideo's plazas and harbor as their focus. Fonseca's later sculptures contained the inexplicable, and he often employed unexpected objects in his work. Both Montiel and later Juan Storm contemplated the metaphysical in many of their paintings. In Horacio Torres's mature nudes the sense of mystery is palpable. And Augusto Torres continued to paint with a metaphysical edge throughout his life.

At the turn of the century, when they were young, both Torres-García in Barcelona and De Chirico in Munich, were drawn to the dreamy, mysterious atmosphere of Arnold Bšcklin's canvases. Torres-García's 1946 Iglesia Metafísica, is a rare example of his incursion into the "metaphysical aesthetic." After all, the aim of the Parisian group Cercle et Carré that he co-founded in 1930 with Michel Seuphor had been to fight Surrealism, the offspring of De Chrico's Pittura Metafisica.