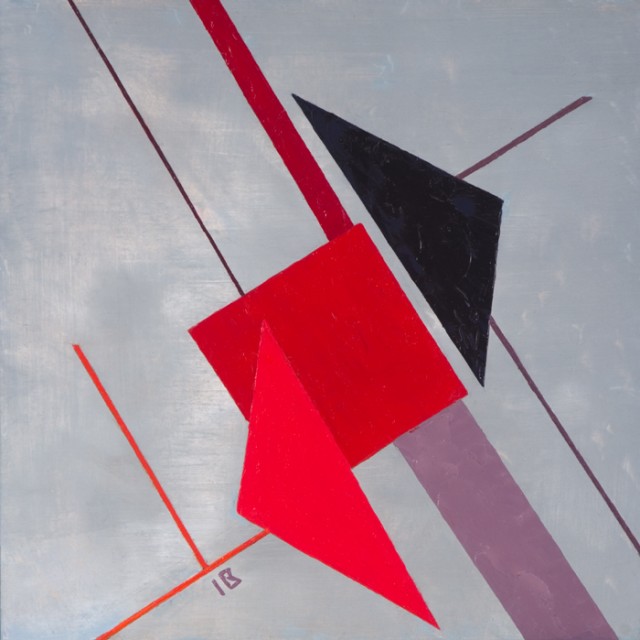 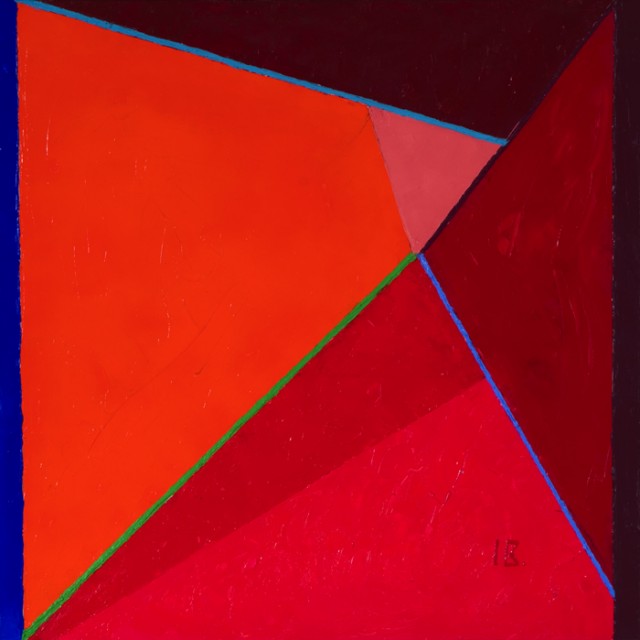 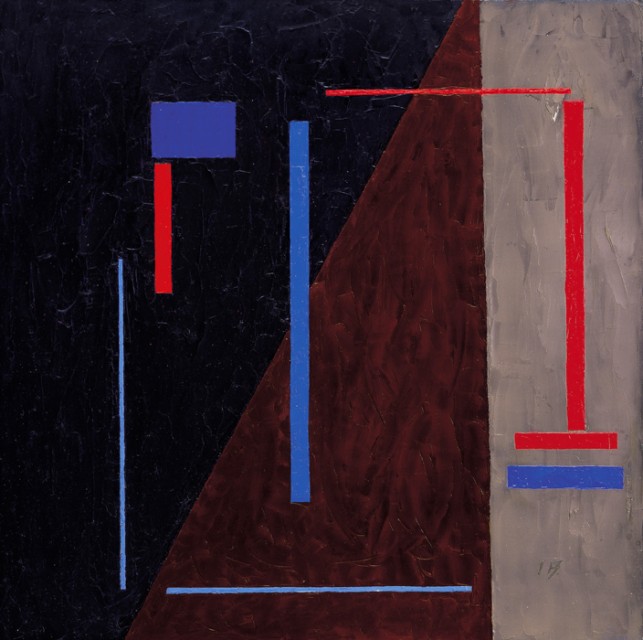 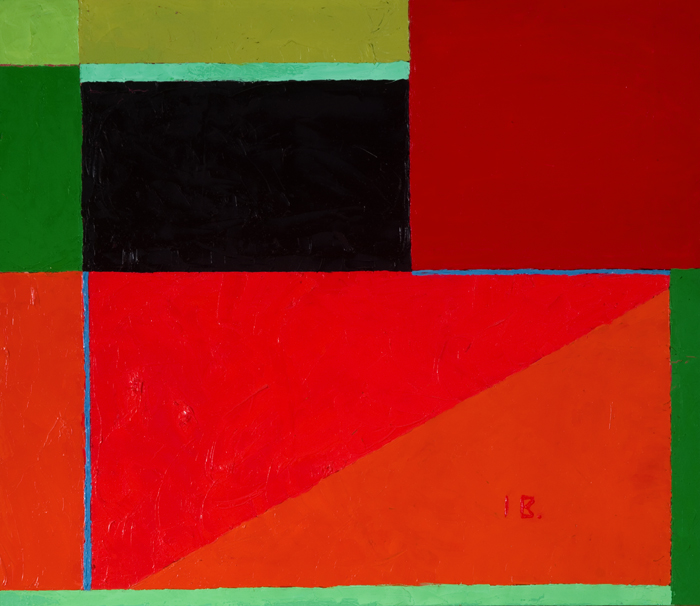 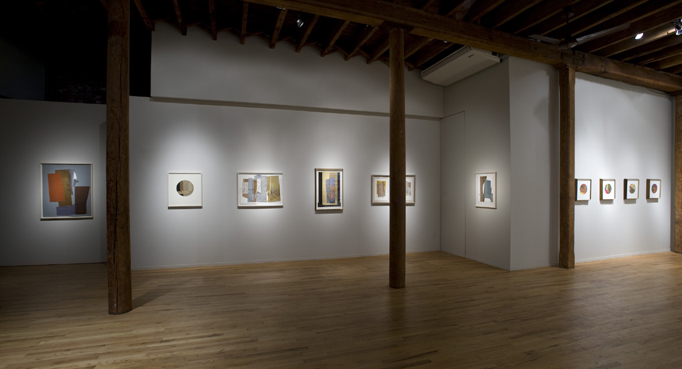 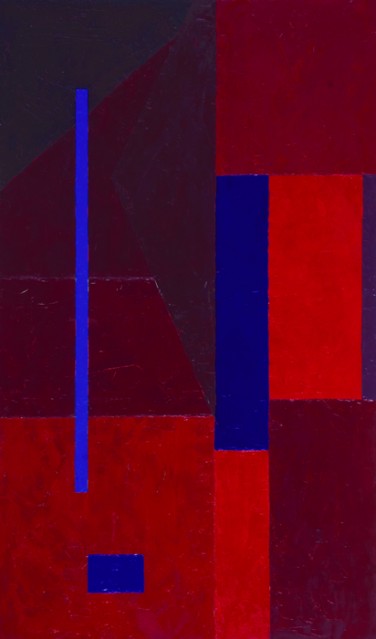 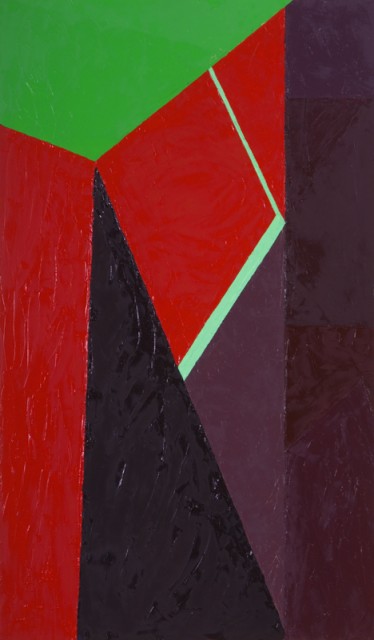 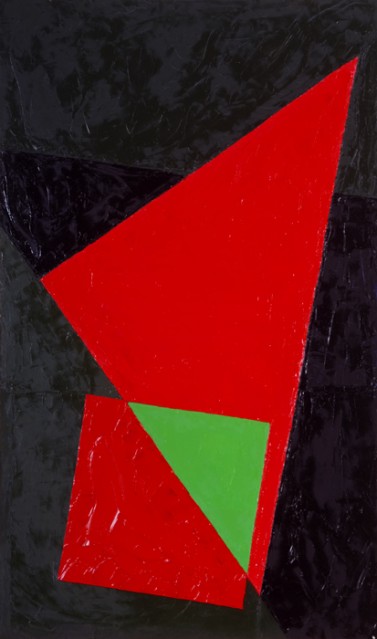 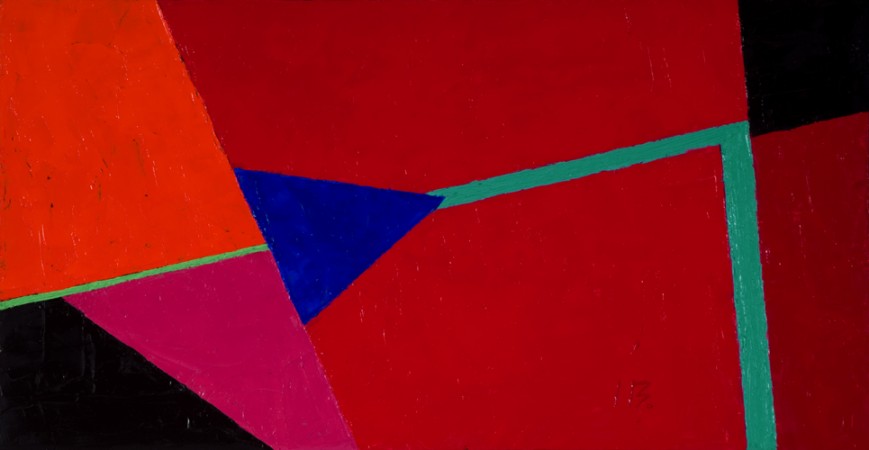 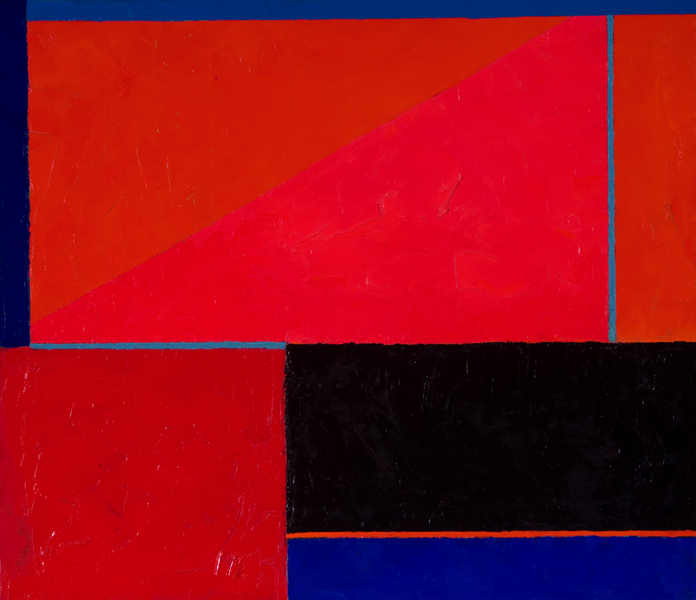 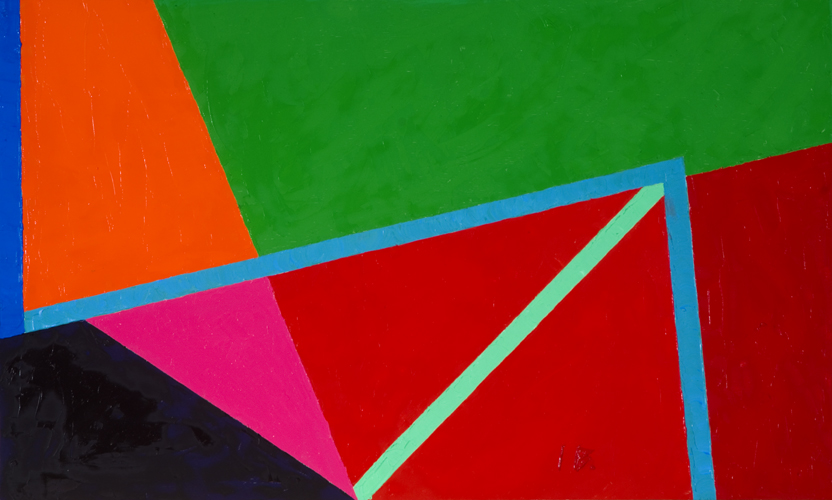 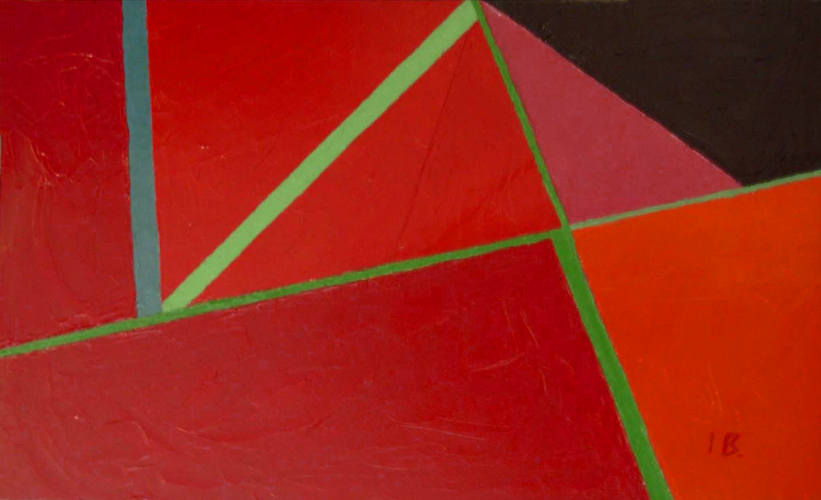 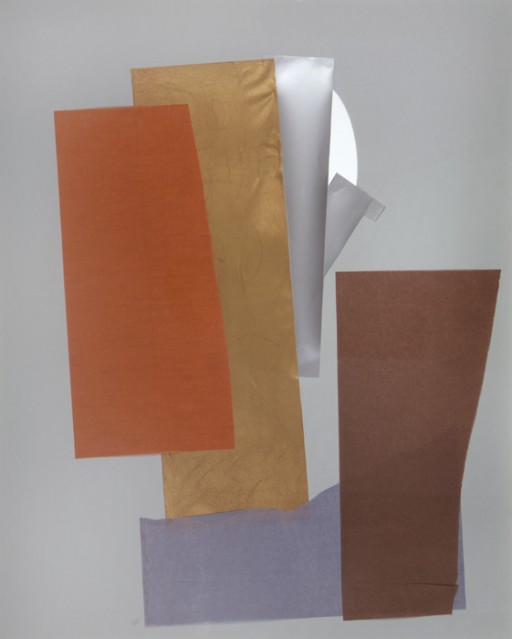 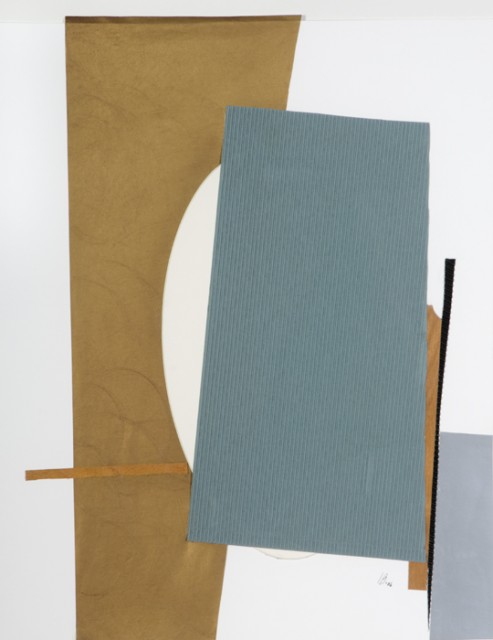 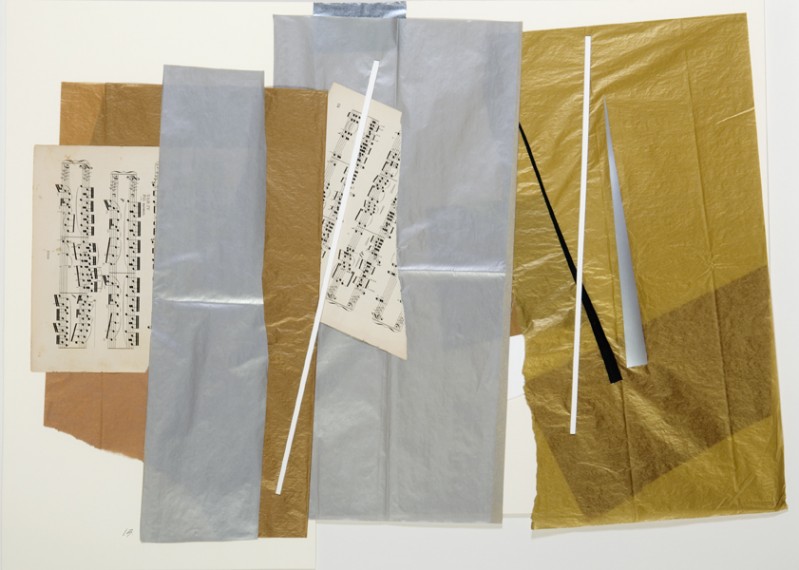 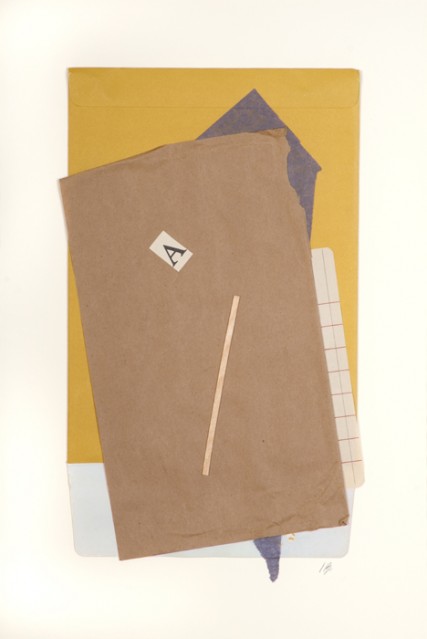 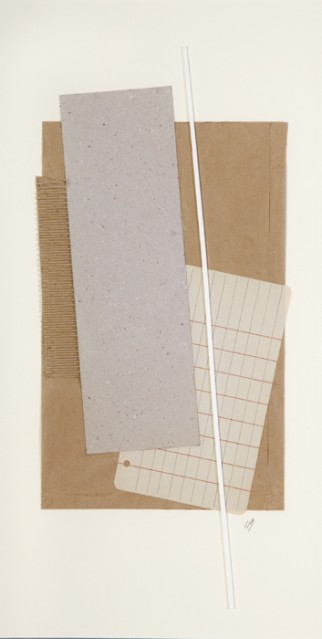 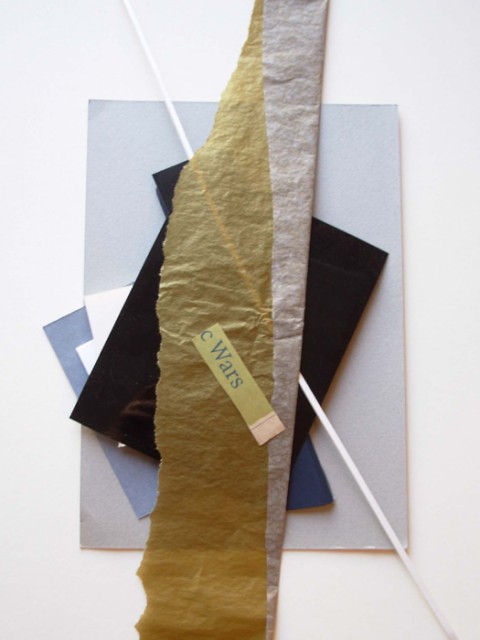 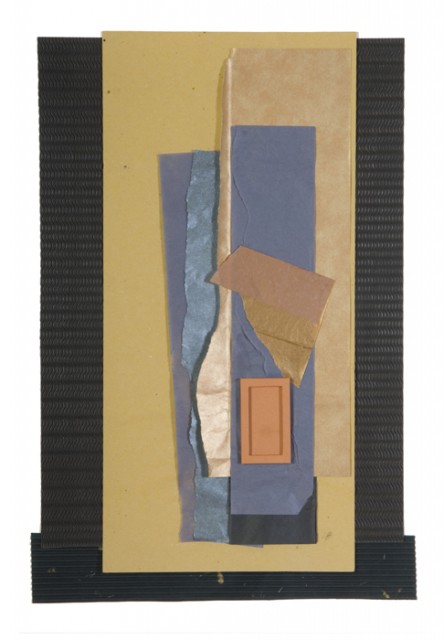 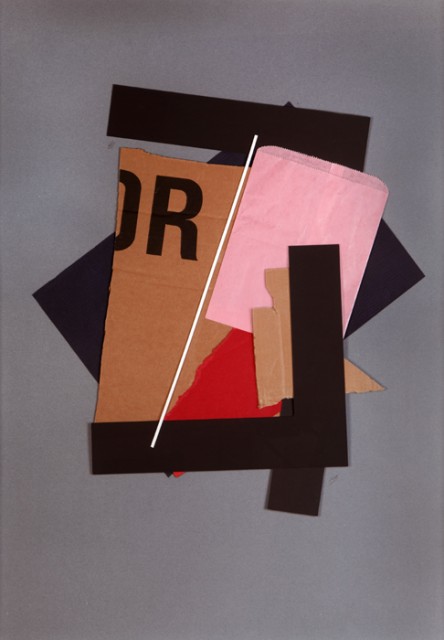 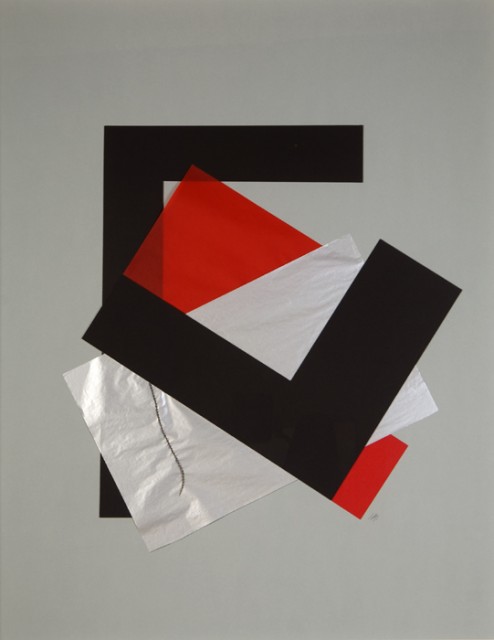 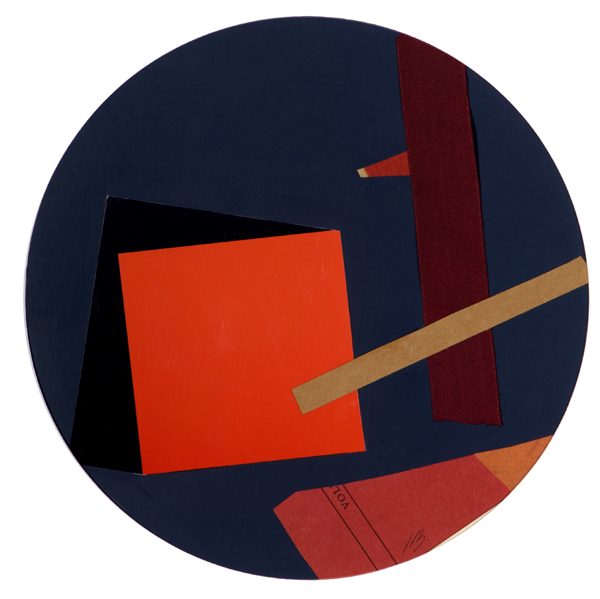 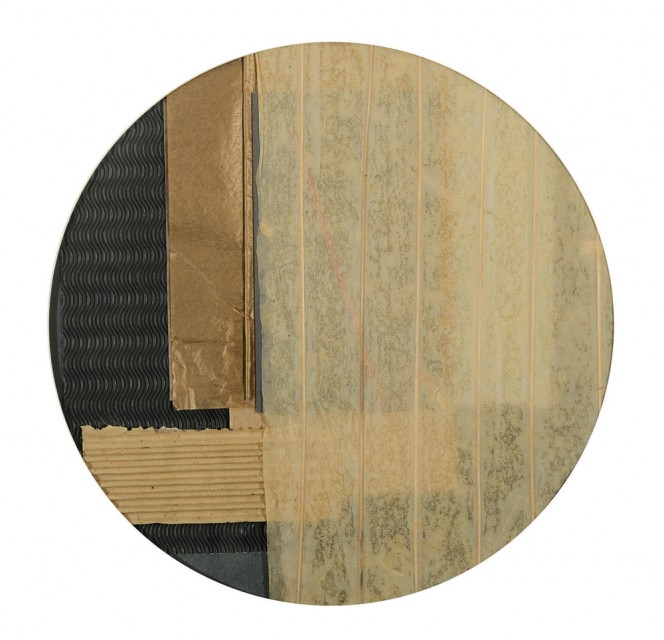 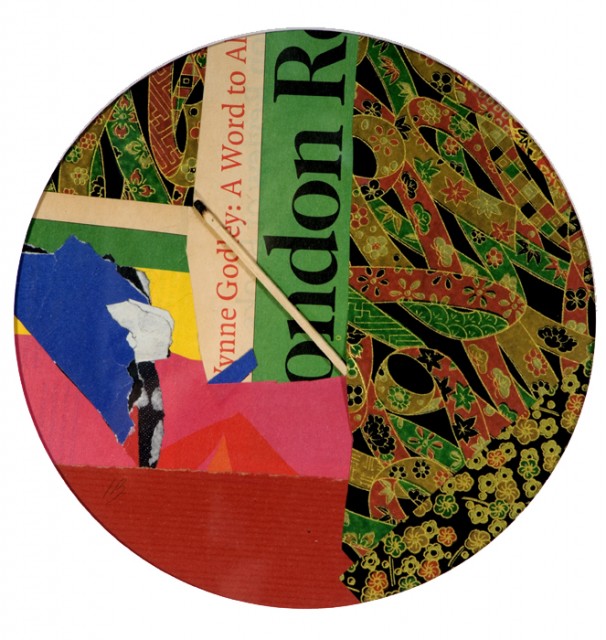 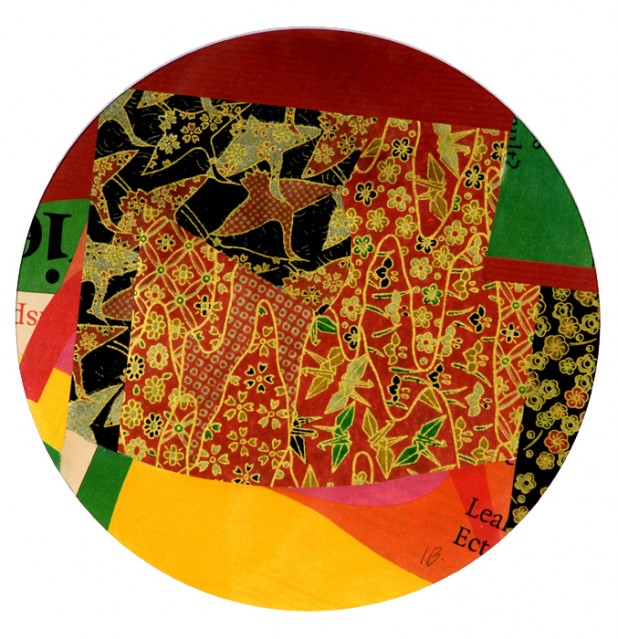 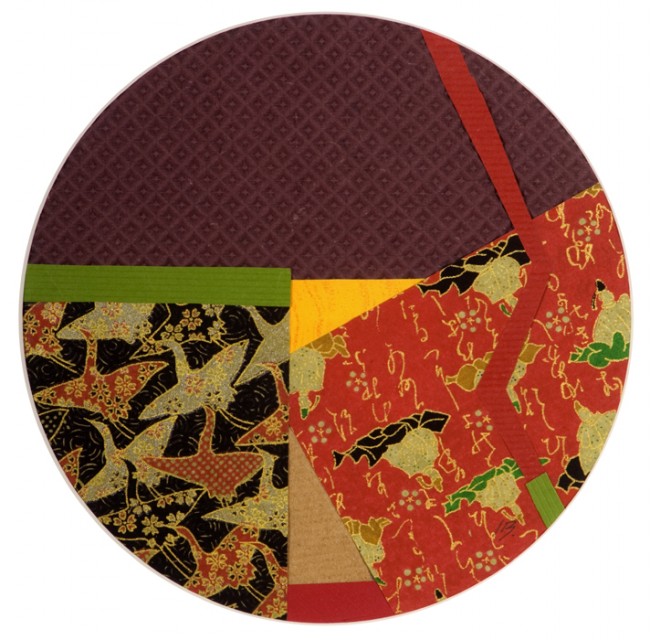 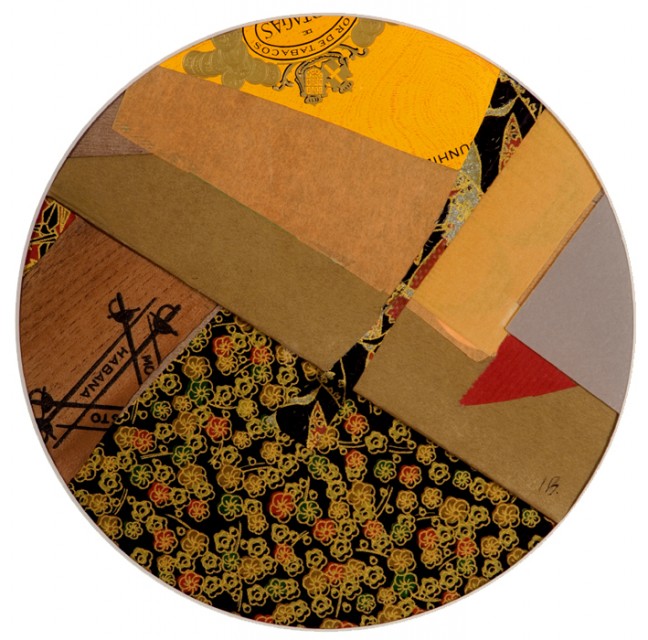 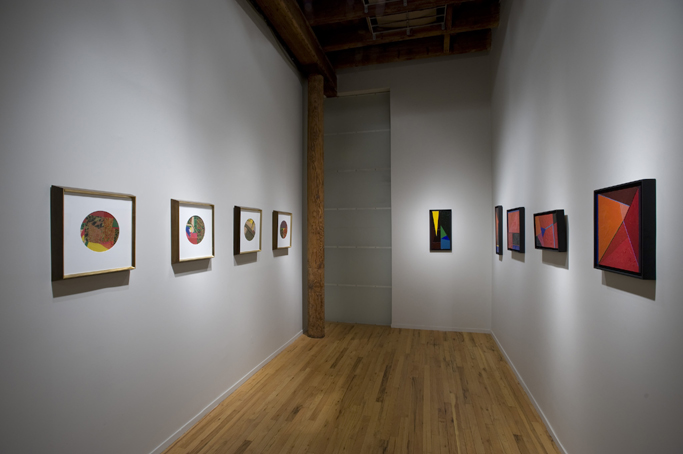 Ever since the autumn of 2004, when we presented our first exhibition of paintings and collages by Inés Bancalari, I have followed the evolution of her work with great interest, visiting her periodically in her Buenos Aires studio. This is one of the more gratifying aspects of my job. While there I always stop in front of a large window with a view to the Rio de la Plata and the harbor. During my last trip in May, Inés called my attention to the unusual color combination of the red cranes of the port against the muddy tones of the river.

This artist’s eye is constantly taking in from the surrounding reality, observing forms, rhythms, tones, which she later elaborates into her abstract painting. We perceive the changes in her work brought on by the stimuli of her travels and new materials.

In her recent paintings there are changes in the composition scheme, lines separate planes of color or act as dynamic accents – they are active elements that expand the picture plane to the edge, giving great energy to the limited surface.

These have been four years of intense work for Inés, as her meticulously executed paintings and collages result from a slow and labor intensive creative process. Sometimes she reaches a point when she has to let go of a painting, leaving it alone for a while and returning to it only months later. The result of this concentration is a solid internal structure; each element in her painting is unmovable because in spite of the complexity of the composition each is precisely placed.

Visiting Ines’ studio is a peaceful respite from the chaos of the city. It promotes moments of contemplation and allows the silent music of her unusual color combinations and the measured proportion of the painted planes to capture us. When we take the time that Ines’ paintings demand, we are in a timeless dimension, which is why Juan Manuel Bonet called her paintings “spaces of meditation.”

Working in collaboration with the artist on the production of the catalogue is also an interesting aspect of planning a new exhibition. Inés asked the Argentine writer and philosopher José Emilio Burucua for an essay and he has delighted us with the profound explanation of ekphrasis in painting. While the evaluation of Bancalari’s work within the context of modern Argentine art is brilliantly explained by Maria Amalia García, who we congratulate on receiving her PhD. in Art from Buenos Aires University of Philosophy and Letters.

The artist graduated as valedictorian with a professor's degree in painting from the Escuela Superior de Bellas Artes Prilidiano Pueyrredón in Buenos Aires, and studied under Aurelio Macchi and Luis Barragán.  She also worked with Robert Beverly Hale and Frank Mason at the Art Students League in New York.  Her extensive travels and experiences have profoundly impacted her approach to art.

Although Bancalari's early works were primarily representational, her career shifted towards abstraction in the 1980s.  For almost two decades, the color red dominated her brightly colored geometric canvases and collages, however, in recent years she has begun to work in soft pastels.  These new large scale works seem to evoke textiles through their layered planes of superimposed colors.

Artworks by Bancalari have been featured in group and solo exhibitions in the Americas as well as in Europe.  In addition to pursuing her own artistic career, for many years Bancalari has also taught art from her studio in Buenos Aires.