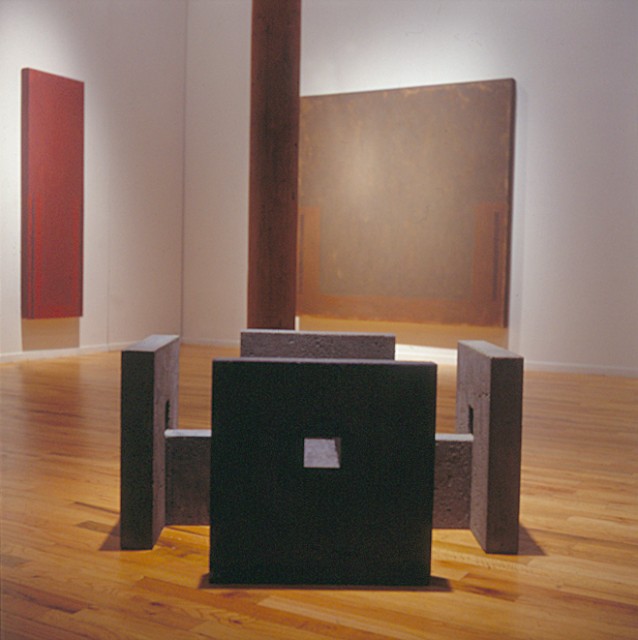 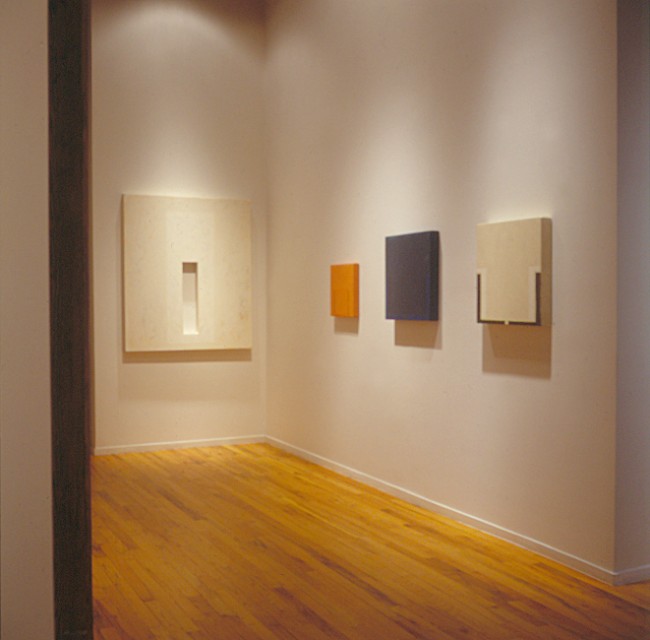 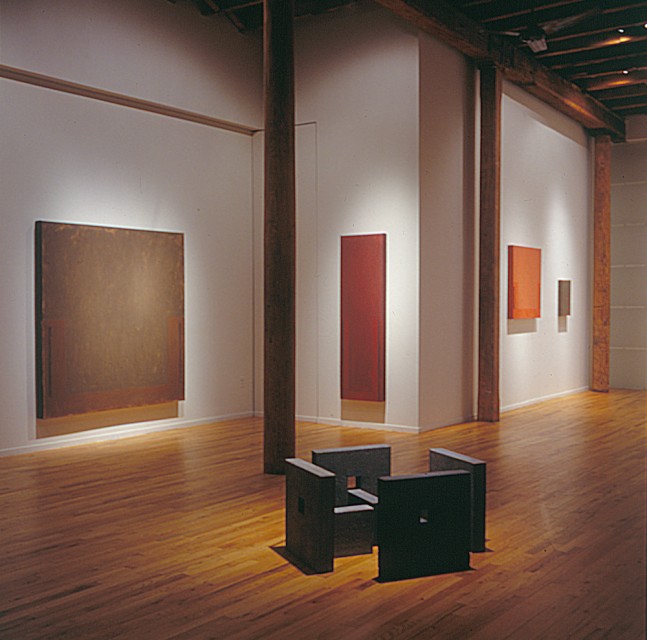 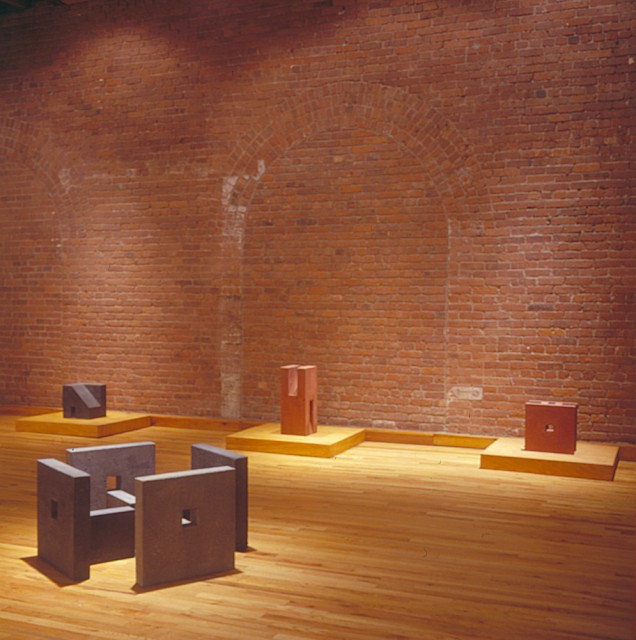 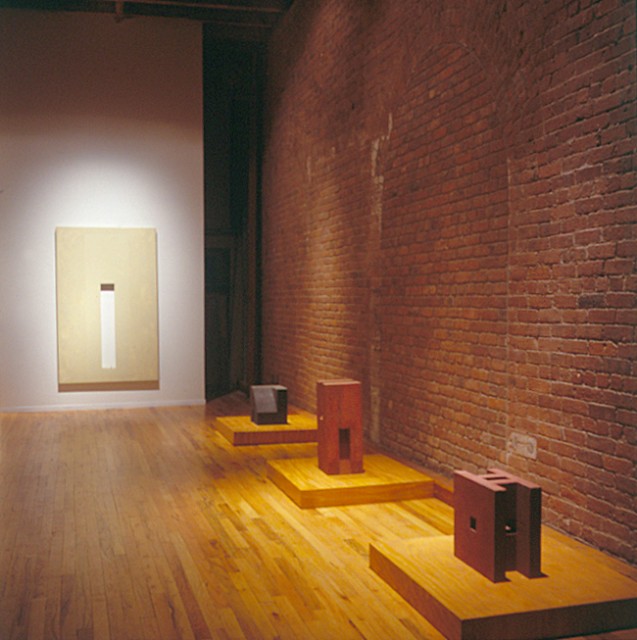 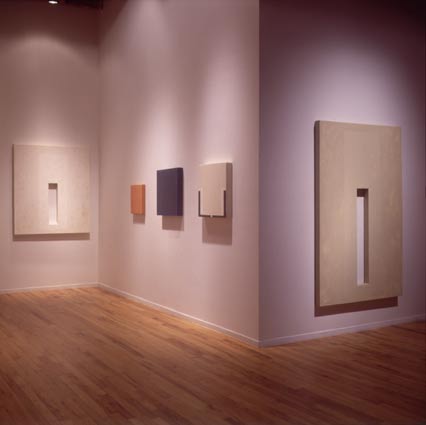 "Amidst today's visual noise, I search for silence. A moment of unity." - César Paternosto

"...Paternosto's most recent shaped canvases, incorporating their structures supports... are Constructivist in every sense and have themselves become iconic objects that pay homage to the spirit of Torres-García and to the ancient Peruvian symbolic forms."
- Barbara Braun, Pre-Columbian Art & the Post-Columbian World, 1993 Abrams

"The experience of standing in front of Paternosto's paintings lies somewhere between a confrontation of something that has virtually disappeared and of an infinite stillness, of a balance of forces between different planes, as if in reference to the landscape of the altiplano and sensation of continuity between earth and sky."
- Charles Merewether, Imaging Utopia, 1993

This exhibition at the Cecilia de Torres gallery was balanced at the artistic level and mature in personal terms... For a number of decades, Paternosto has been working the hard edge, hierarchizing the object-painting... He has placed symbolic Andean forms in his canvases, meditated on them and through form returned to his very marked contours... like the well preserved vestiges of the pre-Columbian architecture of some unknown civilization. The paintings of the portico series, in acrylic emulsion on canvas - sometimes including ground marble- and the small format sculptures and installations in pigmented cement which made up this show, were given museographical treatment in this very New York and Latin American gallery - with its open brickwork, impeccable walls, and very effective lighting.
(excerpted from the Art Nexus review by Graciela Kartofel, July, 1995).