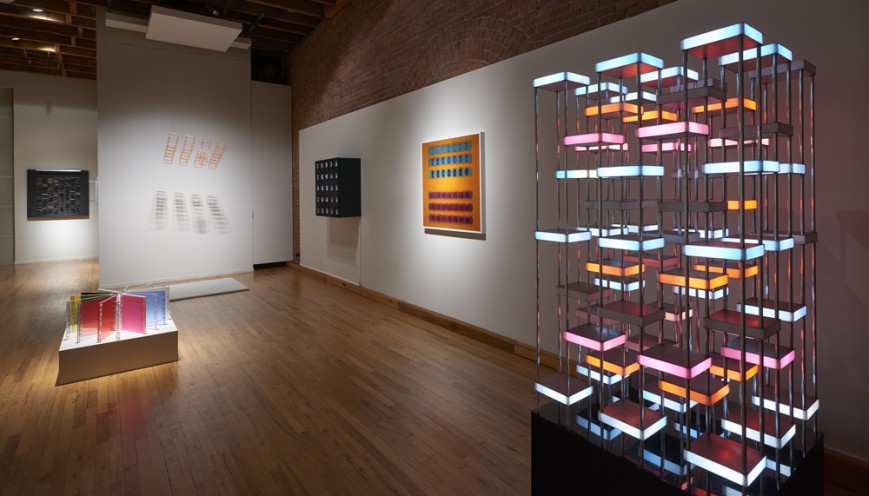 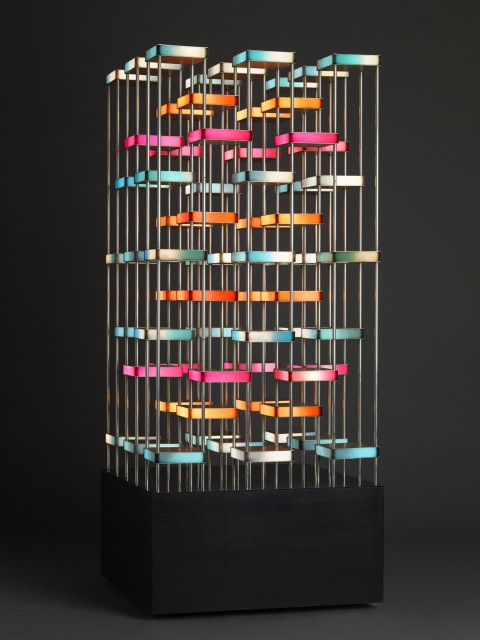 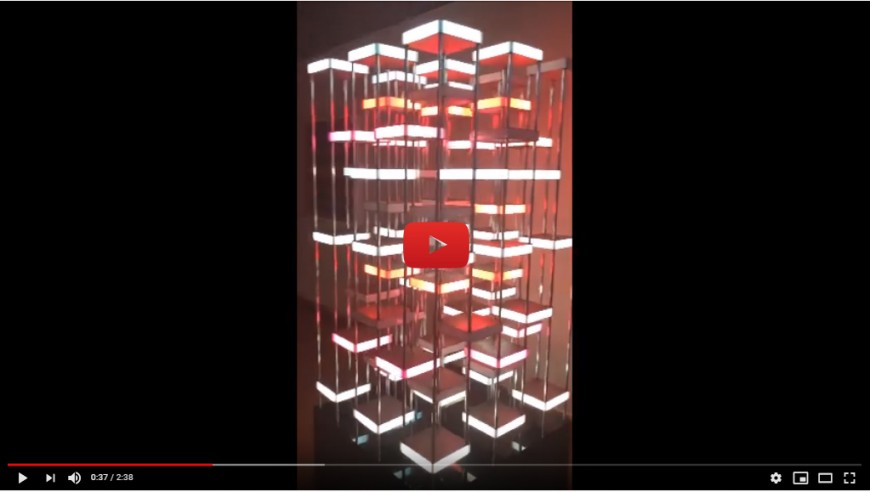 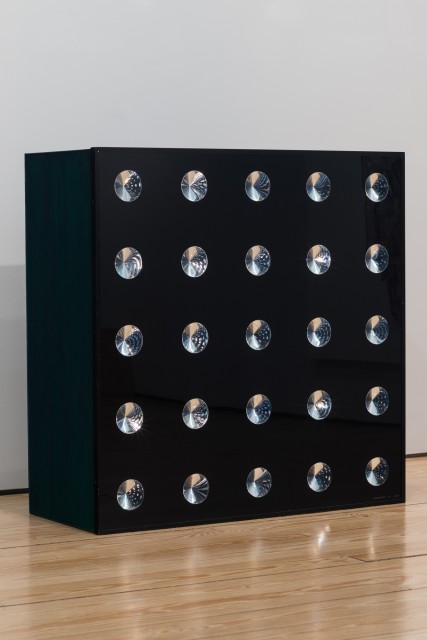 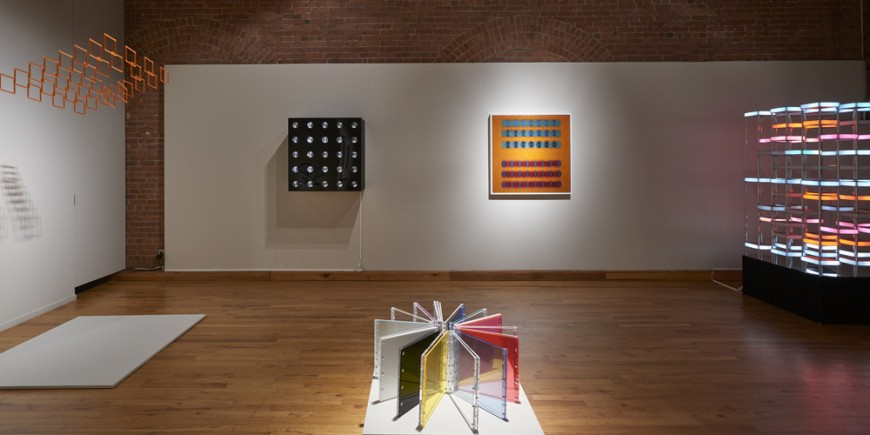 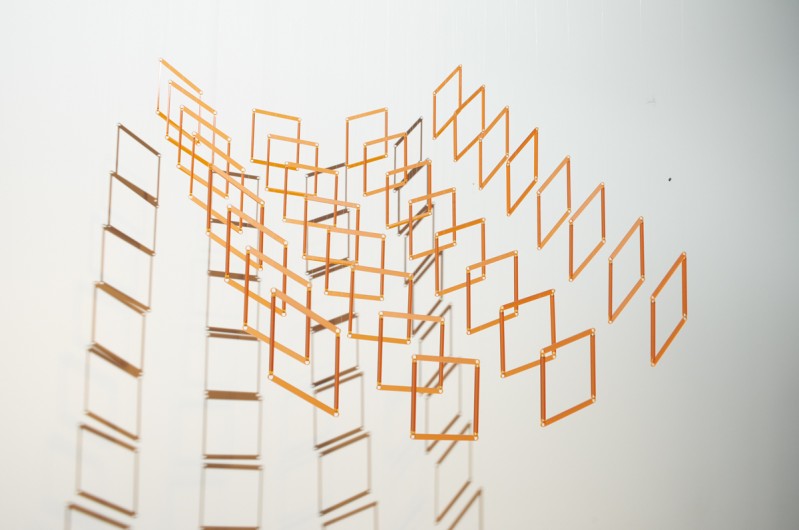 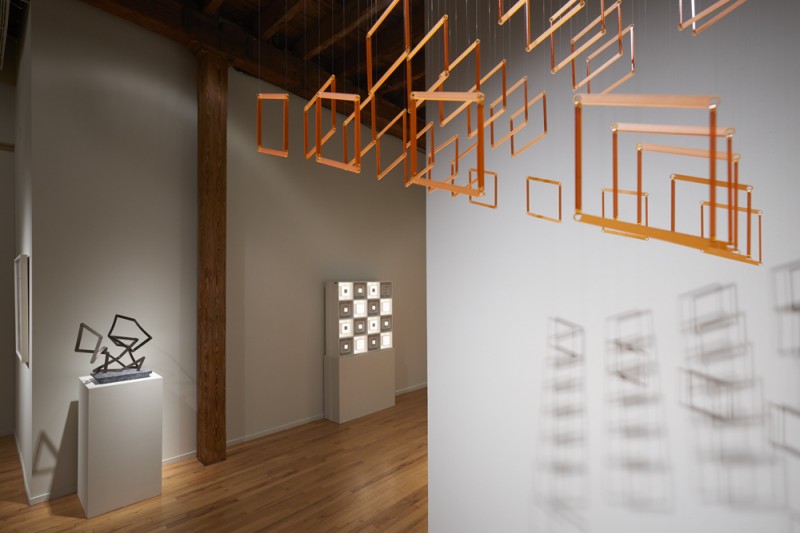 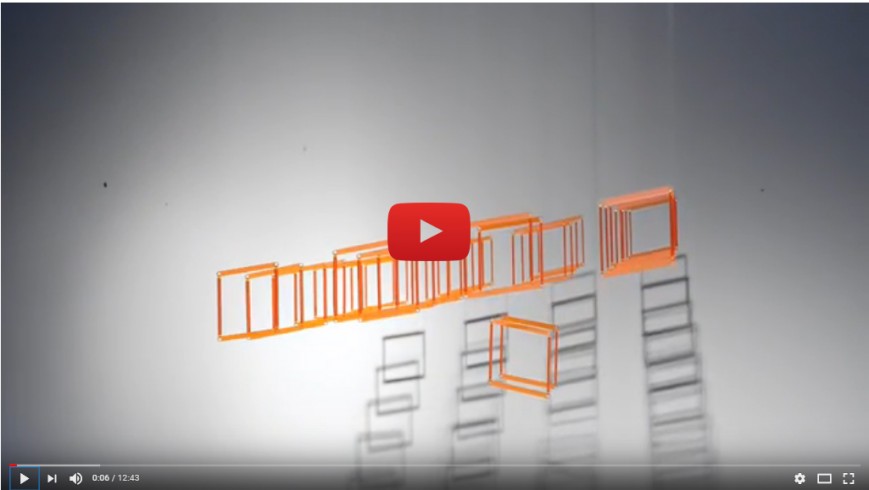 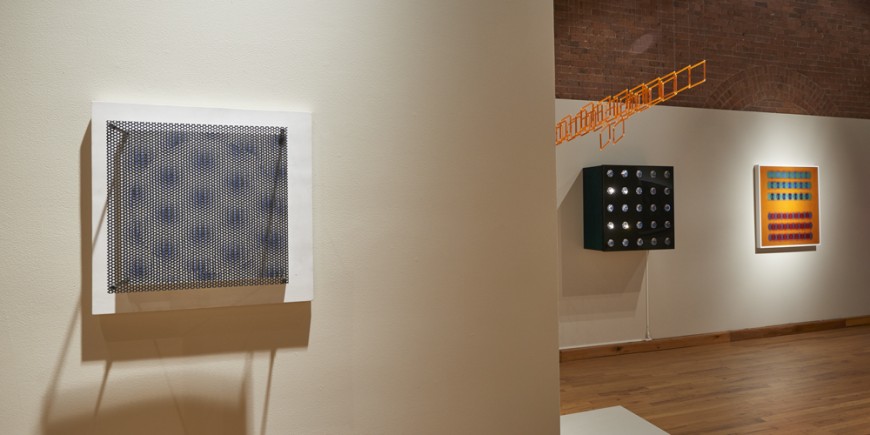 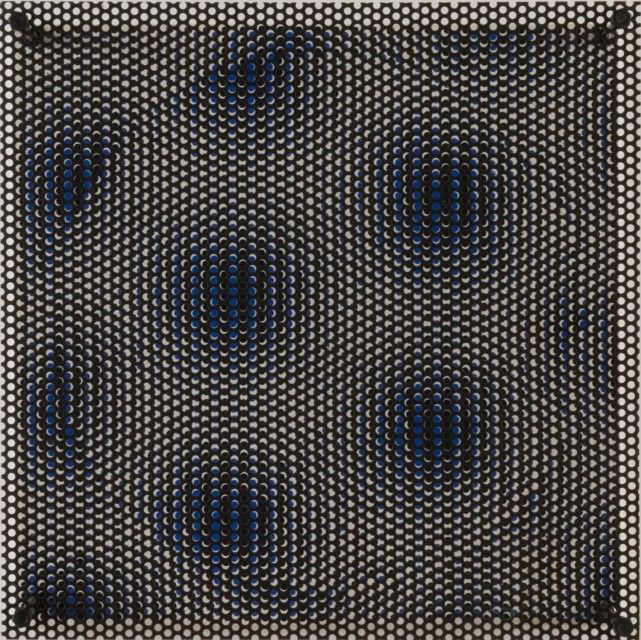 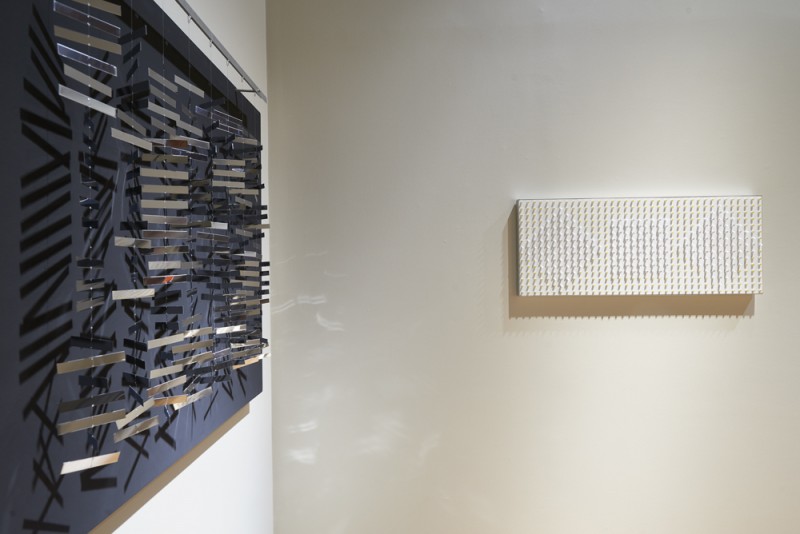 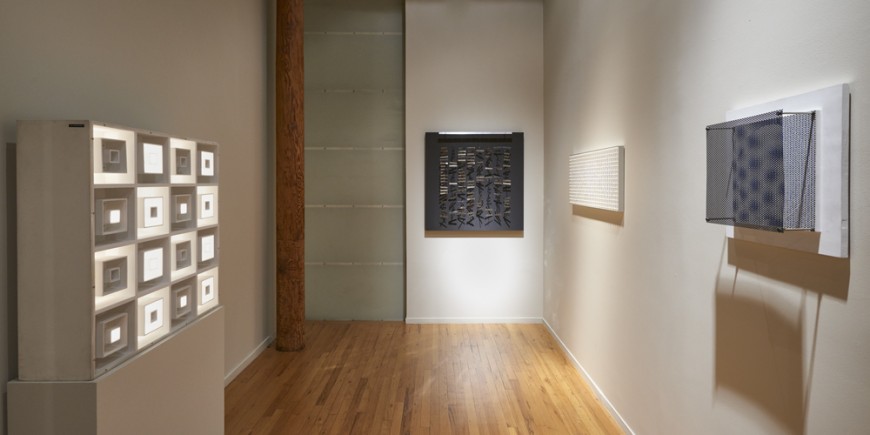 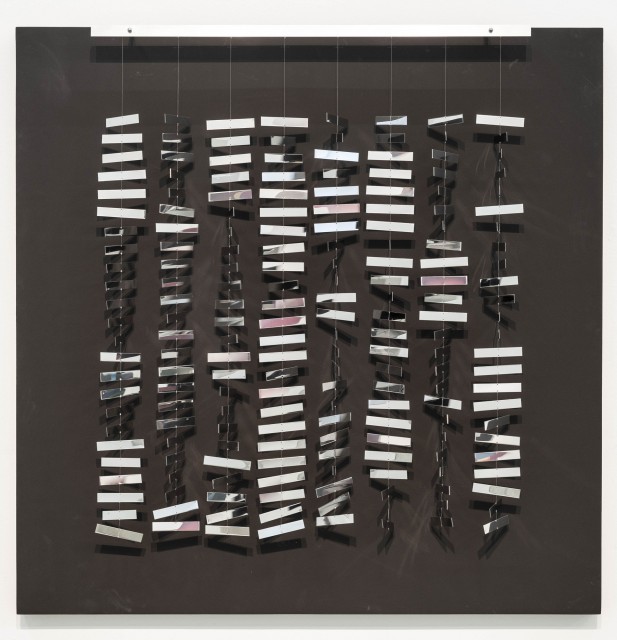 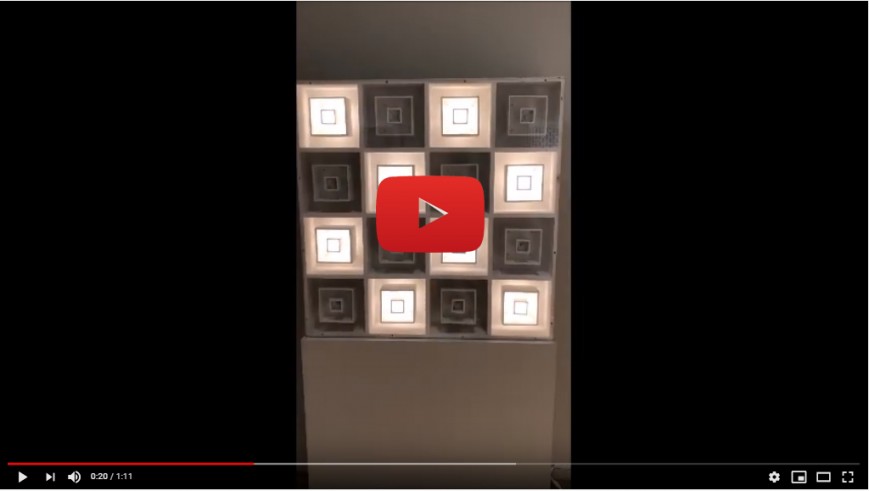 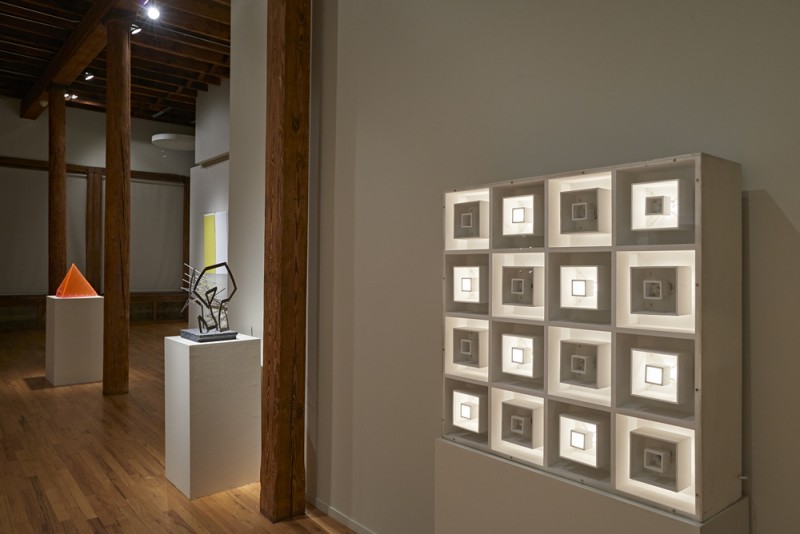 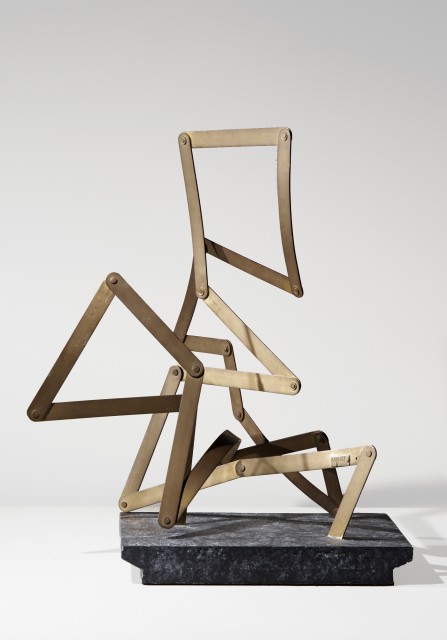 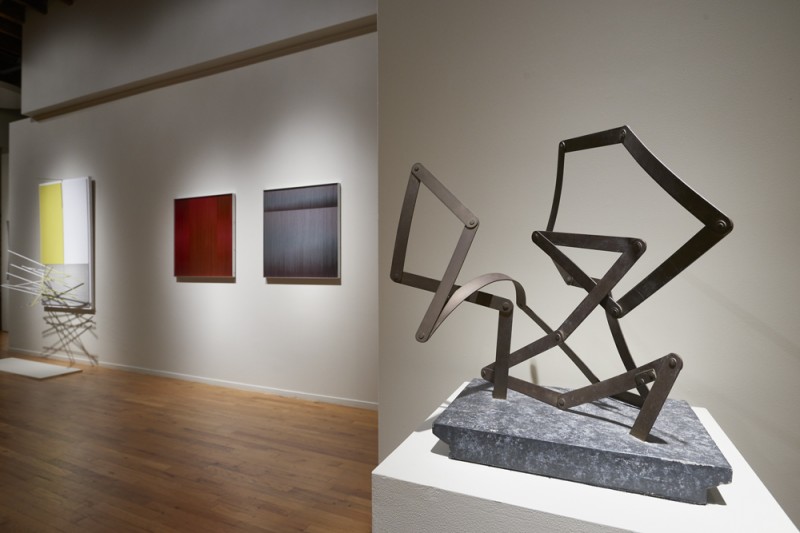 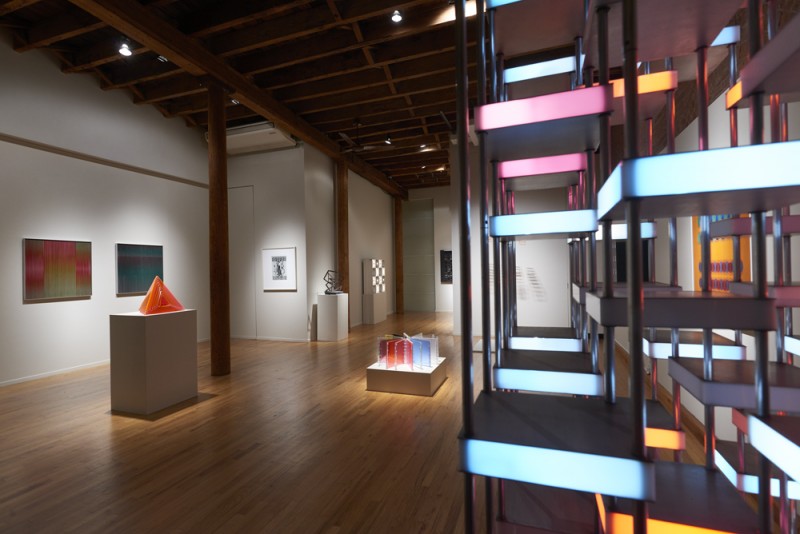 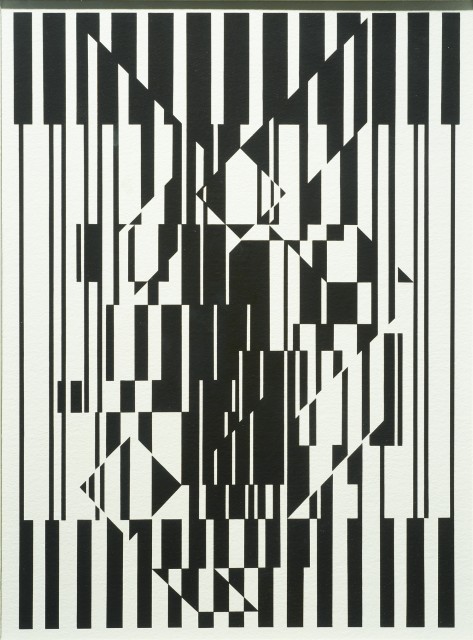 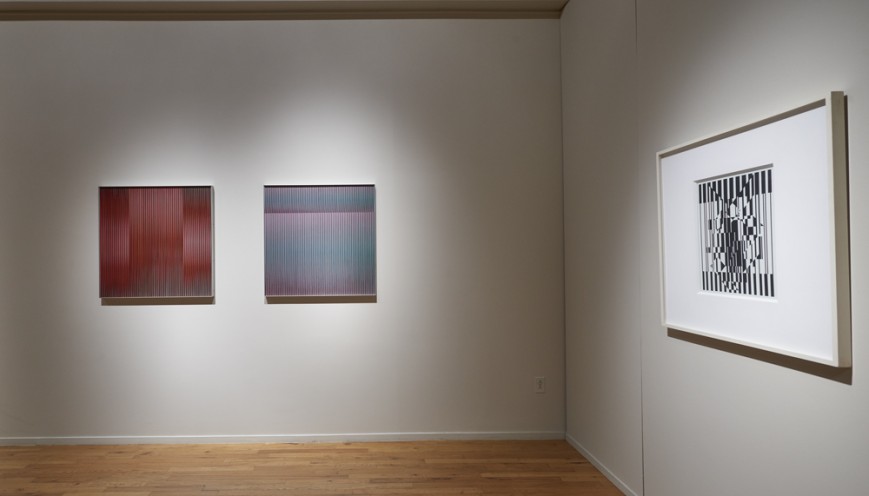 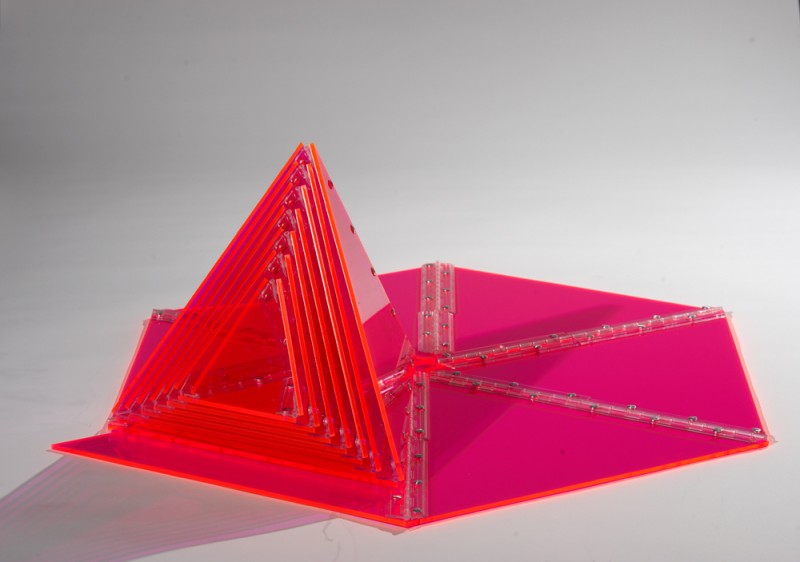 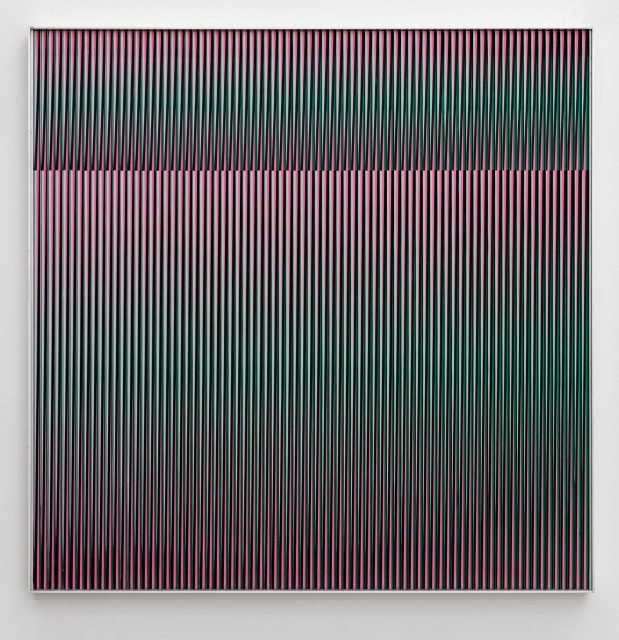 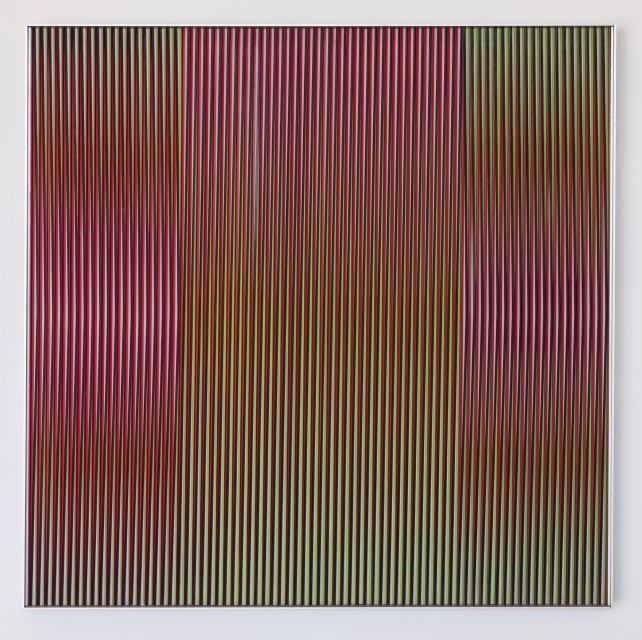 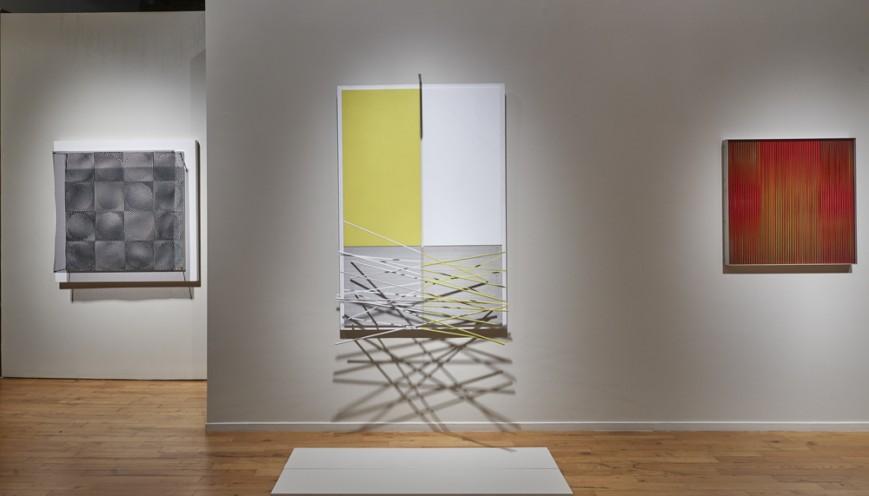 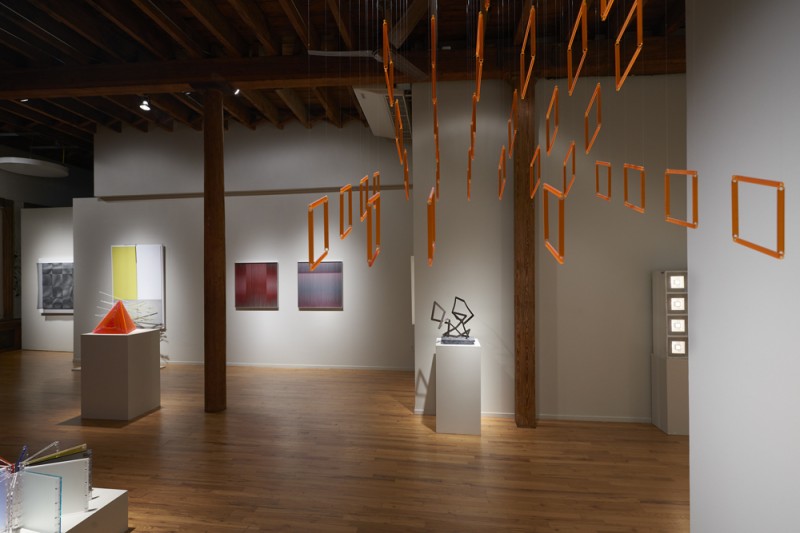 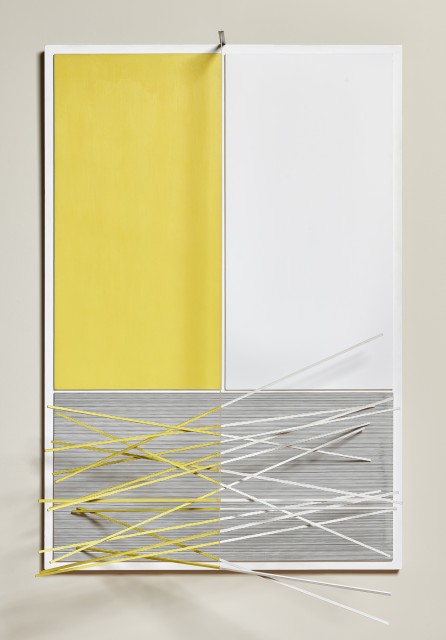 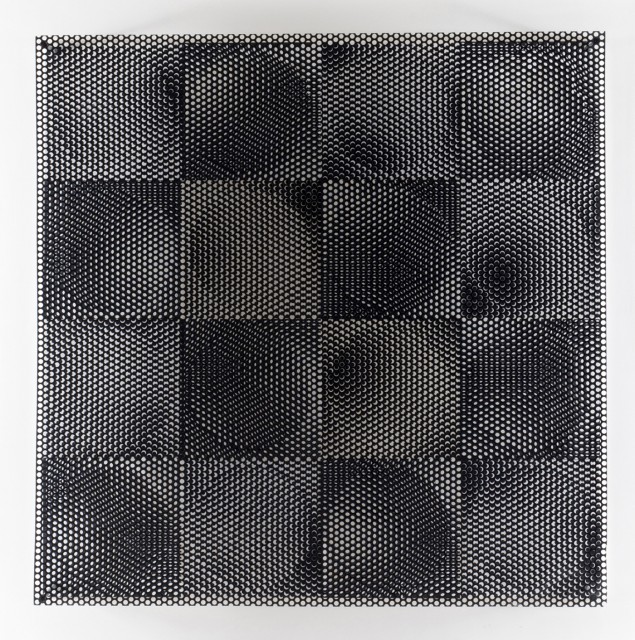 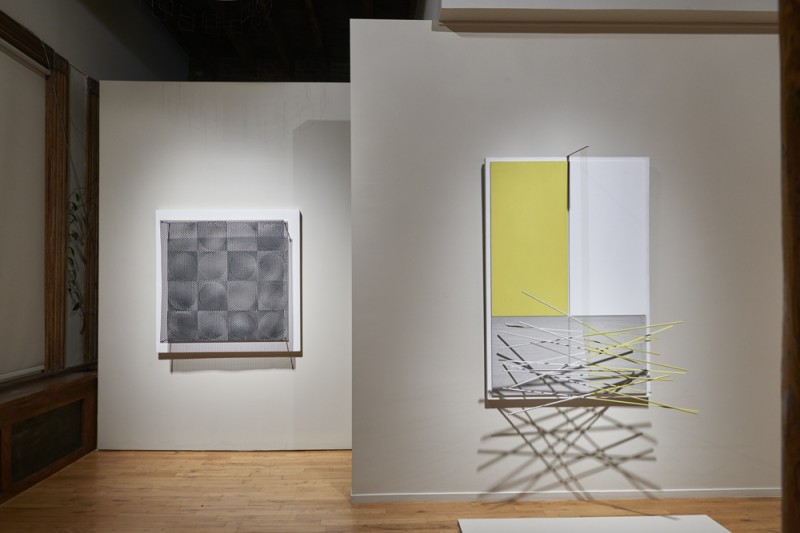 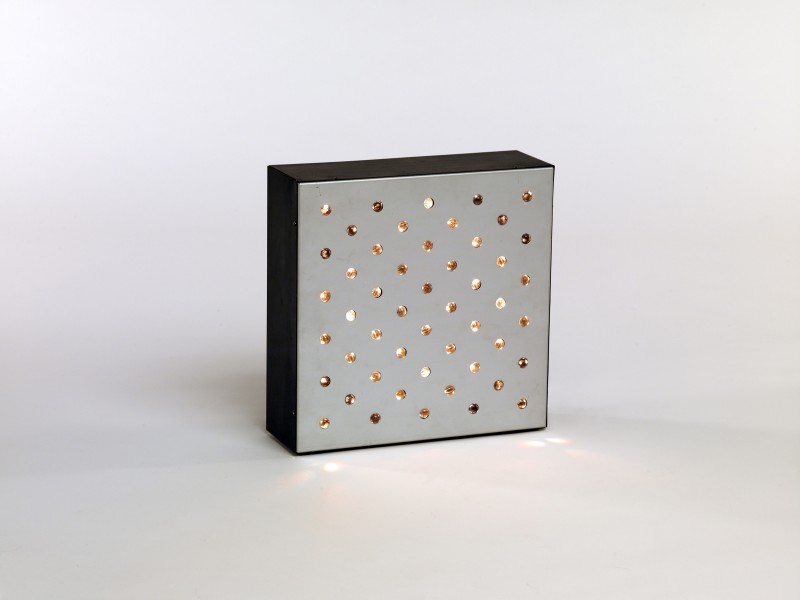 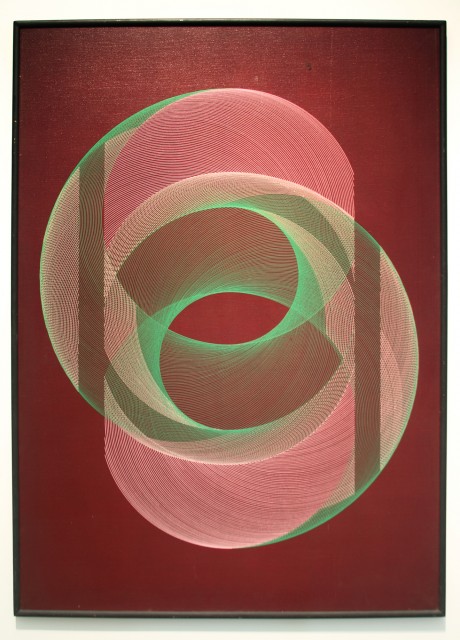 Kinetic Masters & Their Legacy is comprised of a selection of works created by South American artists ranging from the 1950s to the present day. In showing contemporary pieces alongside mid-century modern work, our exhibition provides an account of the trajectory of varied techniques, theoretical approaches, and materials that have evolved across the field of Kinetic Art.

The inspiration for our exhibition was sparked by the moment when, nine years ago in Paris, the three Kinetic masters—Carlos Cruz-Diez, Julio Le Parc, and Luis Tomasello—first saw the innovative sculptures of Elias Crespin. They were in awe of the computer-controlled, motor-driven, floating geometric shapes that the young Venezuelan had created by activating his artworks through technology into yet another dimension of movement.

In 2010, Chilindron was invited to create a public installation as part of the Fokus Lodz Biennale in Poland, and her sculptures were featured as a special project at the Museum of Latin American Art (MoLAA) in Long Beach, California in 2013. The artist had a retrospective exhibition at New York University's Institute of Fine Arts in 2014, and at Point of Contact Gallery at Syracuse University in 2018. Chilindron is currently working on Houston Mobius, a large-scale sculpture commissioned by the University of Houston for the inauguration of their Temporary Public Art Program. She has been invited by El Museo del Barrio to be part of their "Diálogos" section at New York’s 2019 Frieze Art Fair.