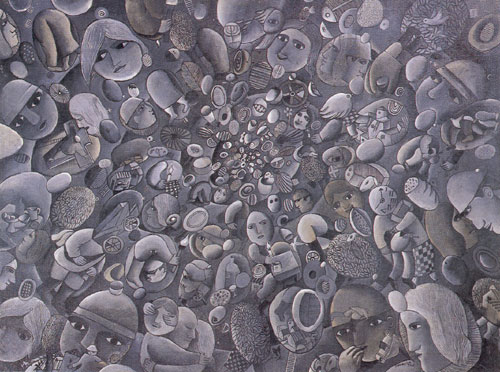 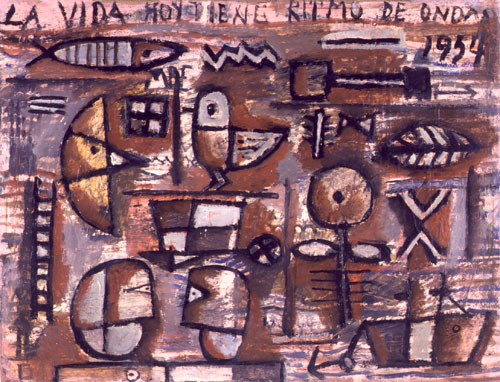 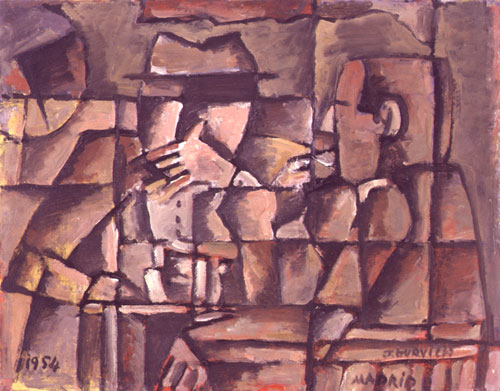 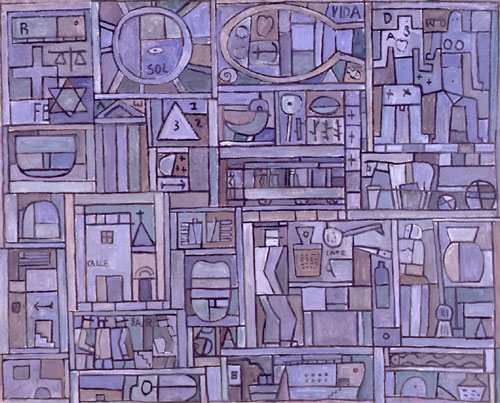 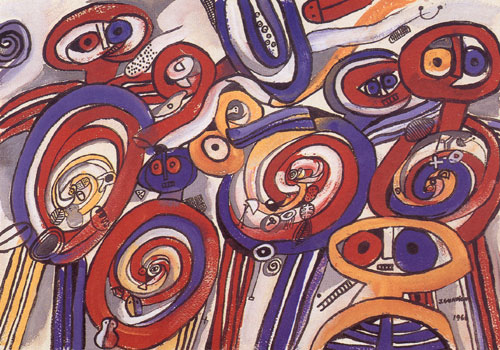 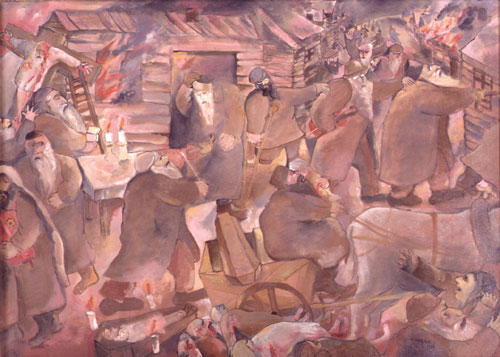 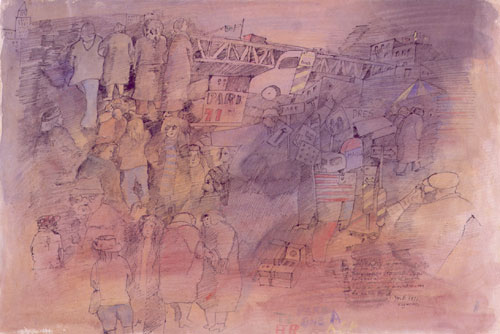 Born in Lithuania in 1927, José Gurvich was an extraordinary artist whose life bridged distant places and cultures. When he was six years old his family emigrated to Uruguay. In 1945, he joined the controversial workshop created by Torres-García. After his teacher's death, Gurvich traveled extensively in Europe; he visited Israel several times working as a shepherd in a kibbutz. He moved to New York in 1970, where he died four years later, at the height of his creative powers. Gurvich was 47.

His pictorial language developed from the diverse environments and art forms he was exposed to: intimate domestic scenes in Montevideo, rural life and religious festivities in Israel, New York's crowds and vibrant urban views. His studies of music composition led him to explore the parallels between music and painting. The fantastic work of Bosch and Breughel fired his imagination and he transformed this wealth of images into a unique vision. Each element in his paintings was culled from lived experience and condensed by his constant search for the fundamental and essential.

Like Chagall's, Gurvich's visual imagination chose nonlogical figurations. He would paint a marching crowd from the waist down, the whimsical cropping was an endearing stamp of his playful nature. He added legs to a house, as in Russian folk tales where a peasant's "isba" stands on chicken legs. He drew an arm handing out fruit from a tree, and his landscapes were populated by faces and limbs flying in all directions. A hand with the index finger projecting a flame graphically echoes Gurvich's words, "I go about with fire in my hand." A seemingly "normal" New York Lower East Side cityscape with brick buildings, the Williamsburg Bridge, and street signs, becomes fantastic by the addition of the huge head of a man looming in the sky and an arm sticking out of a trash can pointing up.

He claimed that expression was indispensable to him, but it was tempered by the diverse circumstances of his background: the neo-platonic teachings of Torres-García, the Mediterranean - Israeli pastoral and religious traditions, and the cultural heritage of the two languages he spoke: Spanish and its literature and painting, and Yiddish and its folklore. His art speaks directly to the soul, addressing the need to see reality through the eyes of the spirit. In his work Gurvich paired the fantastic and the everyday in a way that appears effortless.