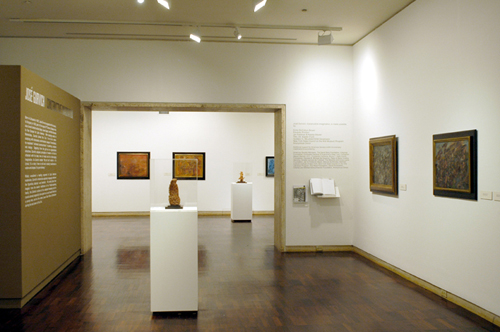 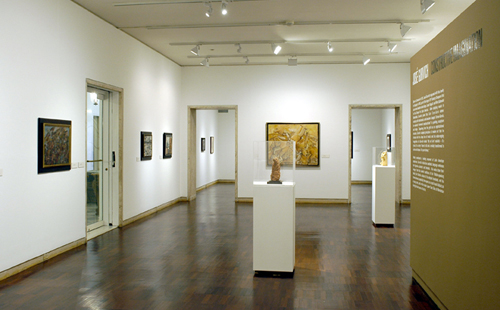 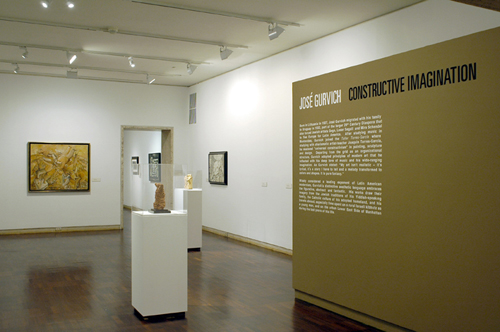 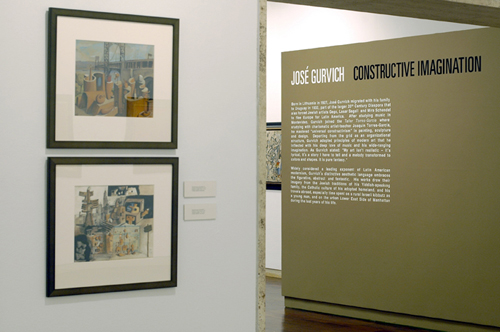 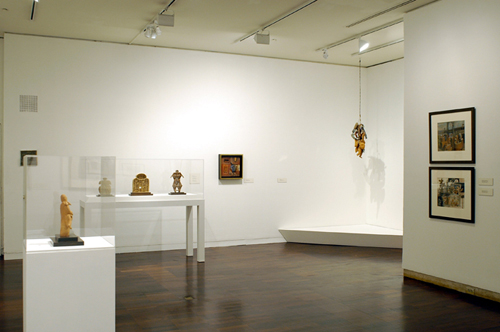 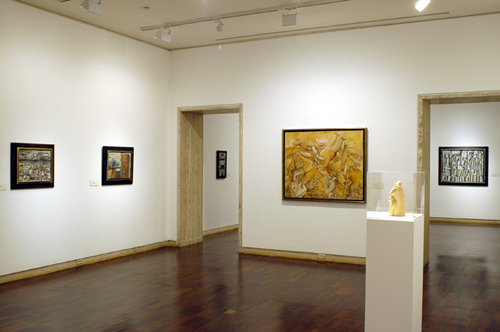 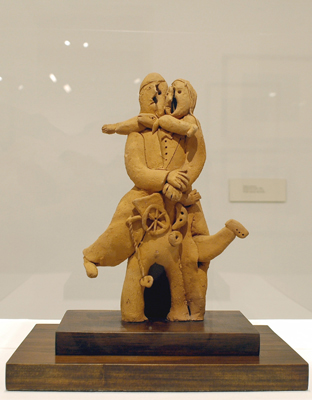 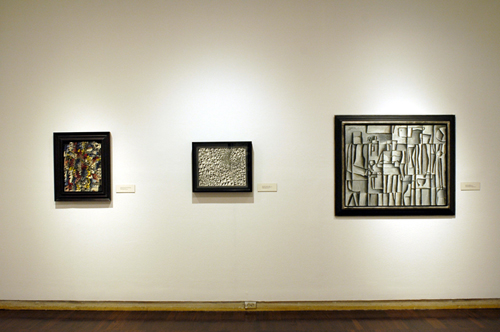 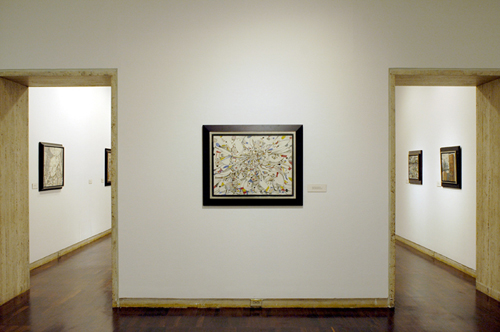 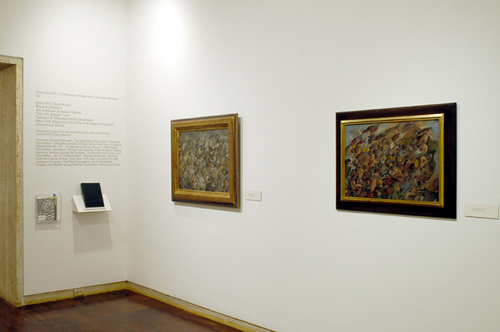 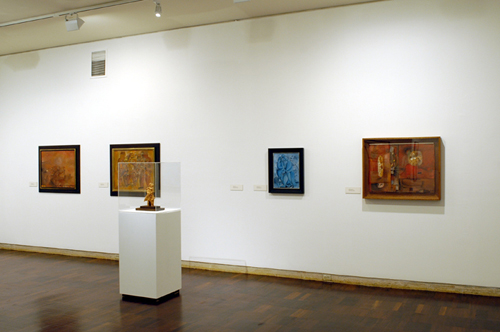 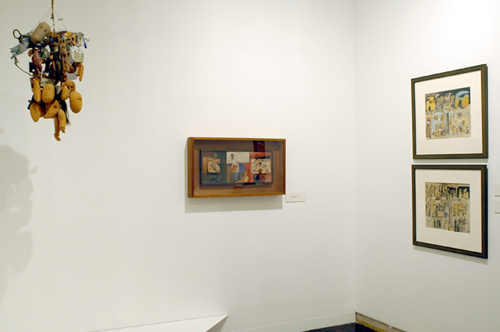 In October 2005 the Americas Society Gallery opened the first solo institutional exhibition of Uruguayan artist José Gurvich in New York. This important exhibition of paintings, drawings, and ceramics, produced between 1957 and 1973 is titled José Gurvich, Constructive Imagination. The exhibit examines Gurvich’s role in the School of the South, as a student of Joaquin Torres-García, and an exponent of Constructivism nationally and internationally.

Curator Cecilia de Torres takes a fresh approach to Gurvich, by examining the artist’s relationship to New York and the role his Jewish heritage played in his art-making. Gurvich spent several years on an Israeli kibbutz and traveled in France and Italy before settling in New York in 1970. The works in this exhibition, many shown for the first time, are populated with figures and images that combine the iconography of the artist’s Jewish upbringing, his formative years with Torres-García, his great admiration for Breughel and Bosch, and a life spent in Montevideo, Israel, and New York.

Gurvich awakened to Jewish culture in 1955 when he visited Israel and spent time on a Kibbutz. His deeply felt connection to that vital experience became an ever present referent in his paintings. In the pioneering spirit of the Kibbutz ideal, young men and women were the pillars of a new society, based on a pastoral and agricultural way of life. Gurvich incorporated the couple, symbolic of creation, as a central theme in his work. He depicted their bodies inhabited by constellations of signs representative of the universe, as in Kabala.

Gurvich’s mature work documents a shift from the rational structure of Constructivism characteristic of the Taller Torres-García to an intuitive, vital, and expressive representation of the world. By substituting the orthogonal grid with the spiral, he revitalized the organization of his canvases with dynamic rhythm and playful fantasy. In articulating his own vision, Gurvich broke with the constructive geometric style that characterized his teacher’s tenets and developed a form of artistic creation that allowed for the freedom of expression that his imagination demanded. “My intention is free creative play” he wrote, “…where the freedom of the image and the freedom of space emerge, generating a spontaneity without rational considerations that will stop me from speculating; free space becomes a place to develop infinite possibilities.”

While solo shows of the artist’s work have been mounted recently in Latin America and in Los Angeles (Skirball Cultural Center, 2000) and Long Beach (Museum of Latin American Art, 2000) this will be the first large-scale solo exhibition of the artist’s work in New York. The exhibit is long overdue, as the artist passed away in New York thirty-one years ago, just as his works were clearing customs for a solo exhibition at Manhattan’s Jewish Museum (subsequently cancelled).