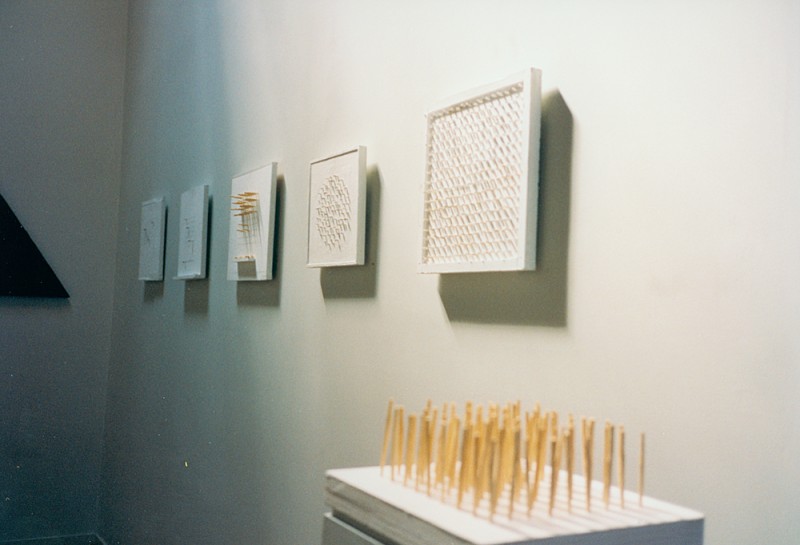 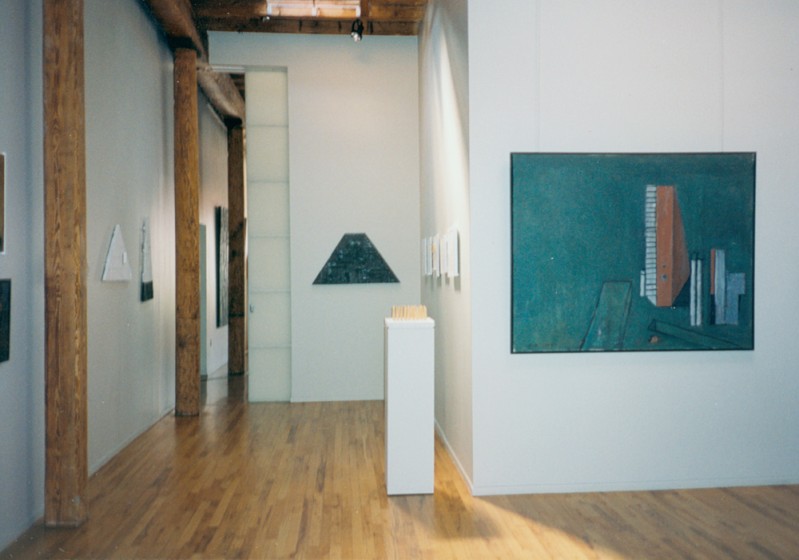 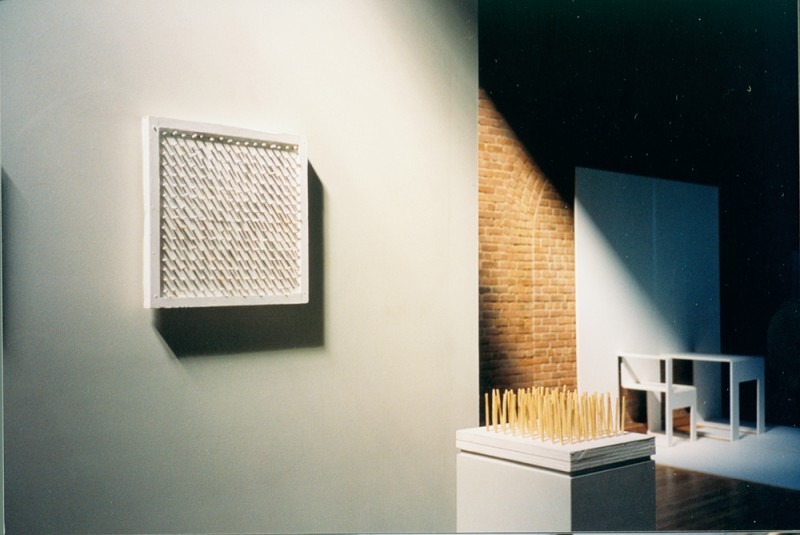 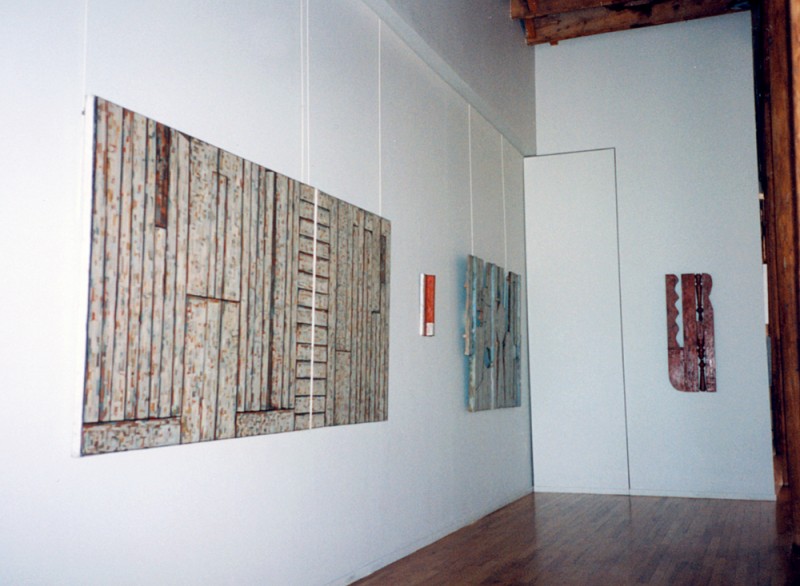 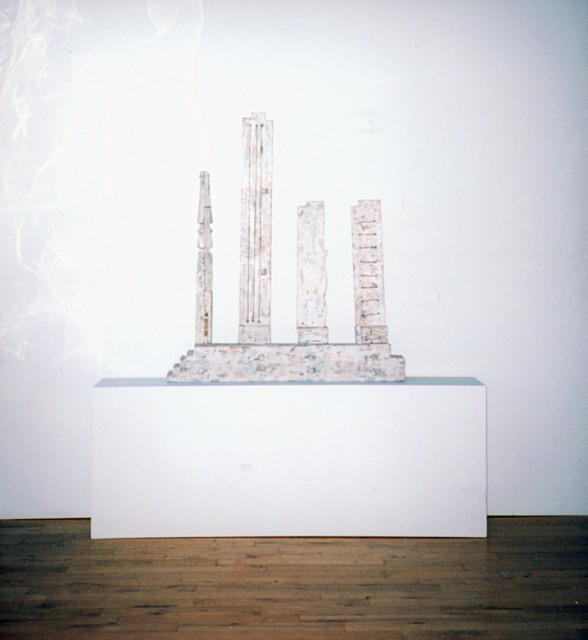 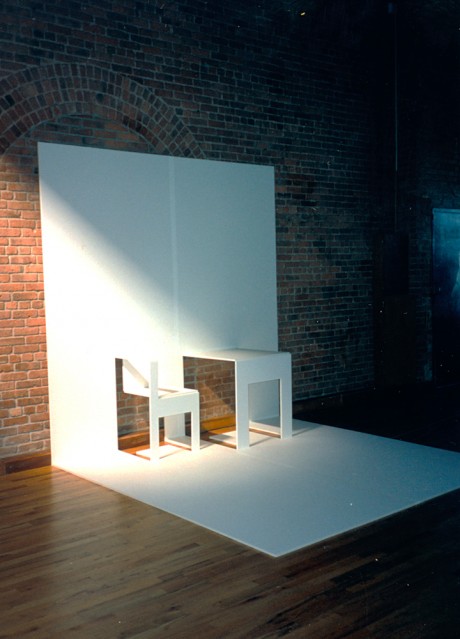 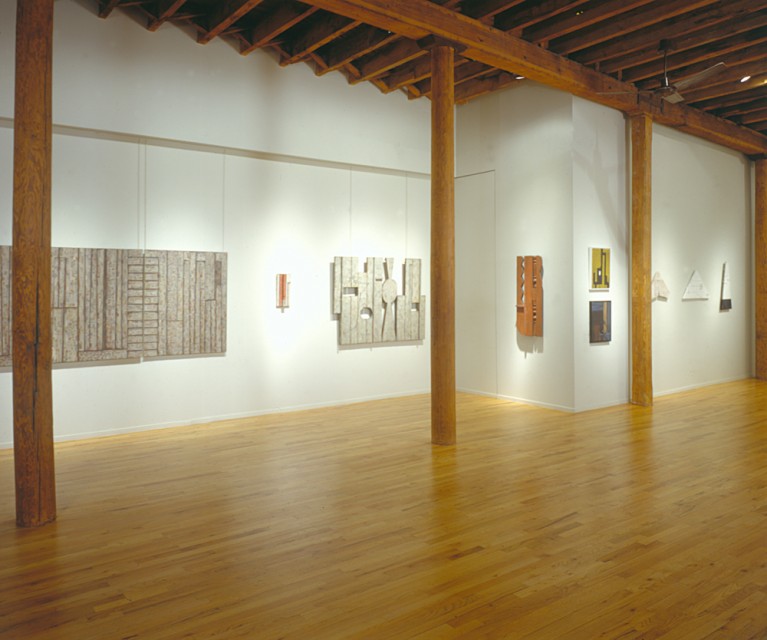 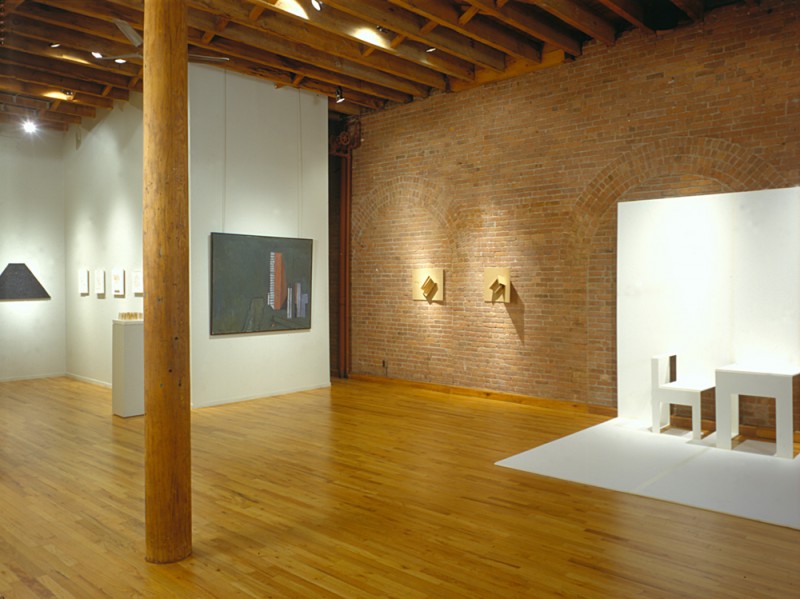 The common thread that intimately connects these four artists is their early contact with painters who studied with Joaquín Torres-García in his Taller in Montevideo during the 1940s. This "third generation" carries his teachings into new territories, confirming the validity of his theories.

Marta Chilindron and Ladd Spiegel studied with Julio Alpuy in his New York studio. Alpuy had been personally instructed by Torres-García in his methods for the teaching of drawing and painting, which emphasized the underlying structure and geometry. Caio Fonseca and Sergio Gutman both studied in Barcelona with Augusto Torres, the elder son of Torres-García and a great painter in his own right. Fonseca, the son of the renowned sculptor Gonzalo Fonseca, another key member of Torres-García's Taller, grew up surrounded by Constructivist art.

Marta Chilindron will show her new "Pop-out" sculptures which manipulate space through the action of opening and closing. The 8 x 8 x 8-foot work on exhibition creates its shape by opening from a compressed state so highly charged that it literally has to expand out into space. This work and the accompanying maquettes, made in non-traditional materials, evolve from flatness into volume; the planes advance into three dimensions and then collapse upon themselves again.

Caio Fonseca's work shows his vast knowledge of the craft of painting and his regard for a rigorous harmonic order. His passion for music and its close affinity with painting in its structure and lyricism is evident in these works. "My painting is flat," Fonseca says, "and its elements functional and concrete. It is tone which transforms the real world into relations of planes and color. As I adjust and readjust these vocabularies of color and form hundreds of times, the painting acquires a rhythm."

Sergio Gutman's totemic wood constructions and paintings are austere, yet earthy in color. The scaffold-like lines in his canvases, and the delicately drawn wires he uses in his sculpture, create rhythmic accents and counterpoints to the form and texture of his work emphasizing the underlying geometry. Gutman, who lives in Mexico, has devised an approach that has strong antecedents within the heritage of his teaching, yet is distinctly his own.

Ladd Spiegel draws inspiration from two sources: basic geometric forms and the apparent randomness of play. His constructions, crudely made of rough painted wood and methodically carved pegs, are based on board games and toys. Lacking rules, the works leave the viewer with no alternative to creating intuitive and abstract patterns. Spiegel's influences, in addition to the Taller artists, include Minimalism, Zen Buddhism, and folk and tribal art.