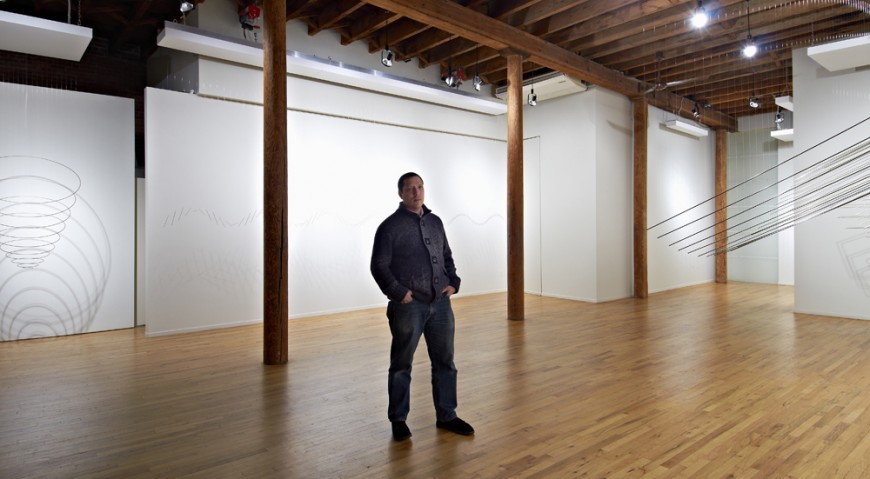 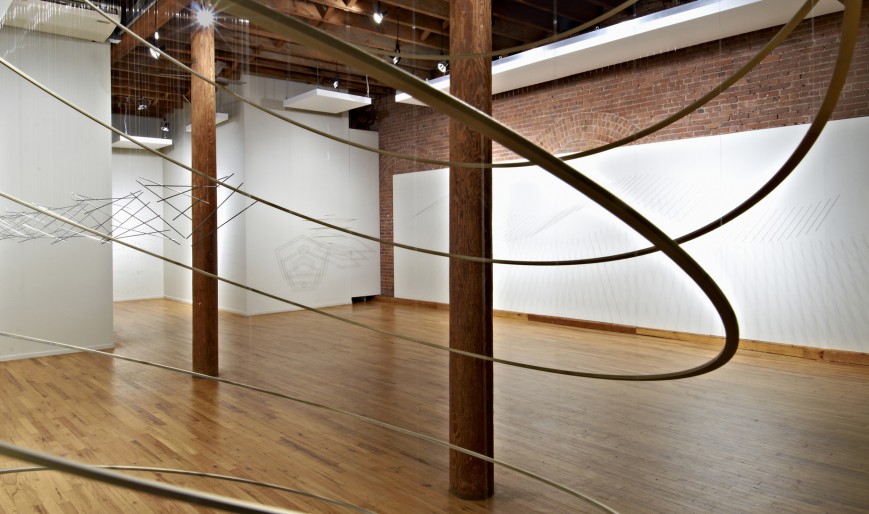 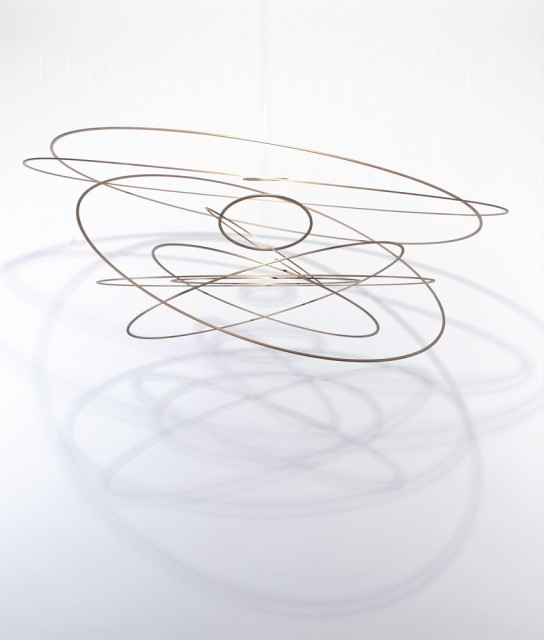 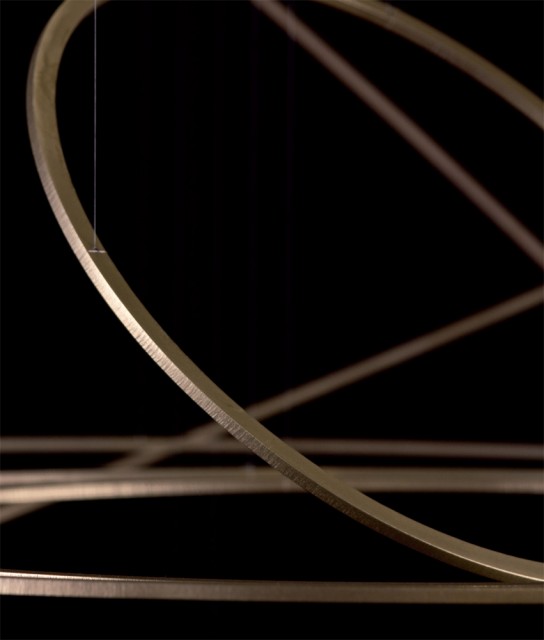 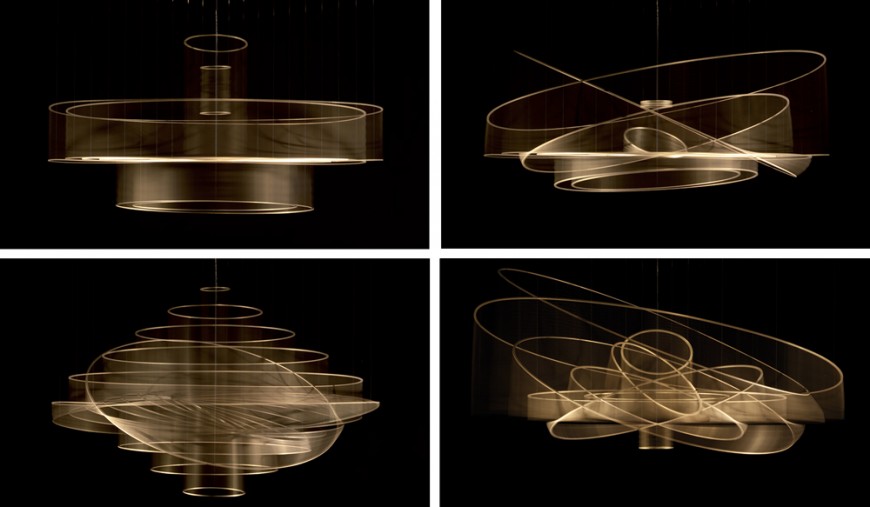 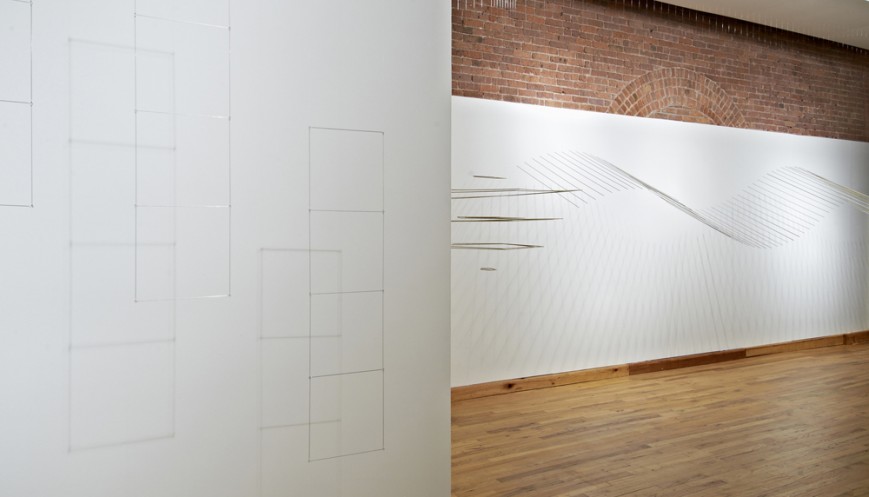 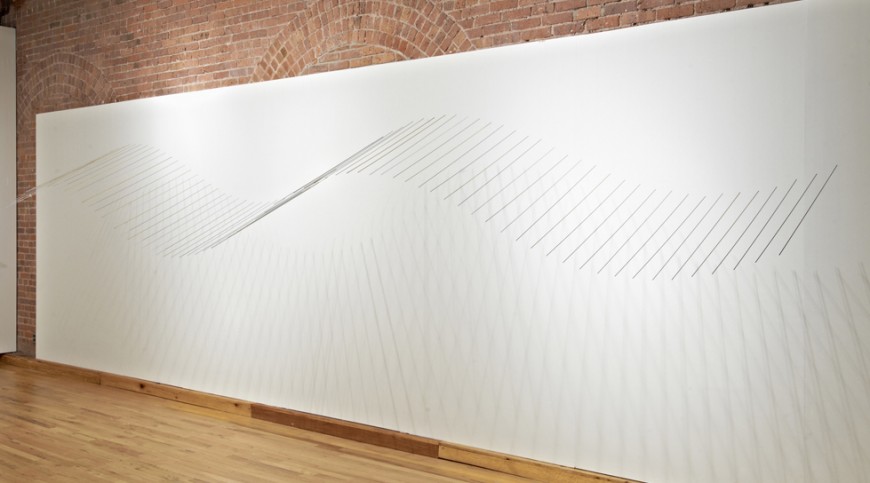 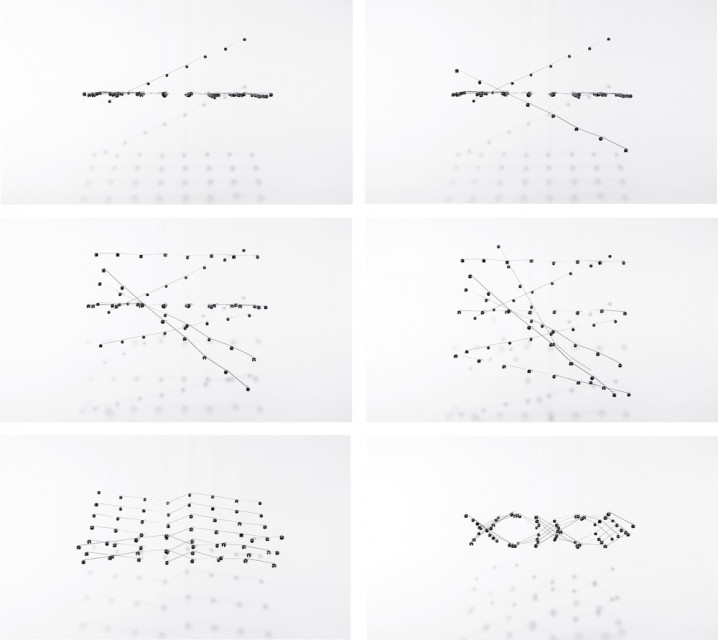 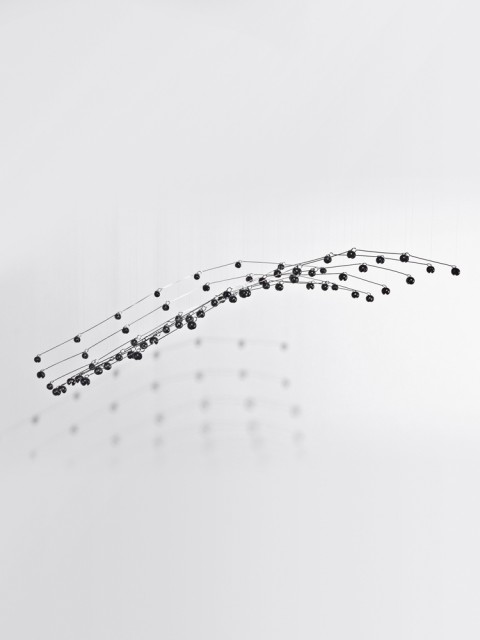 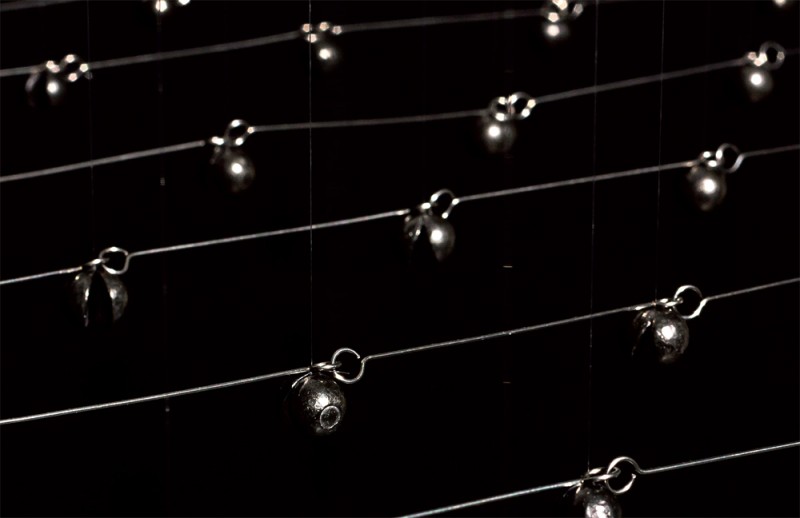 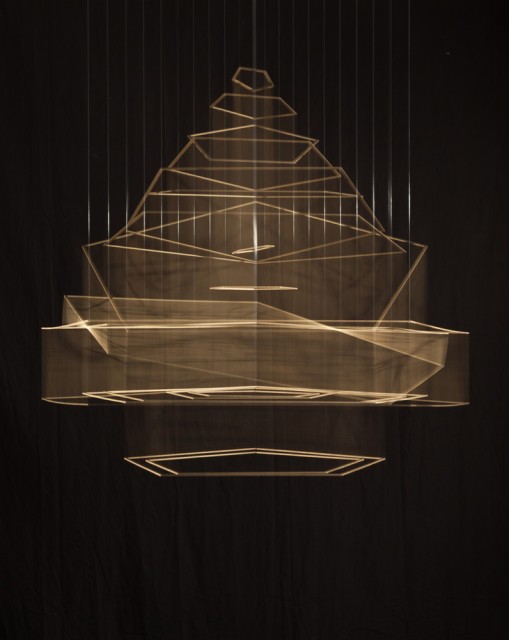 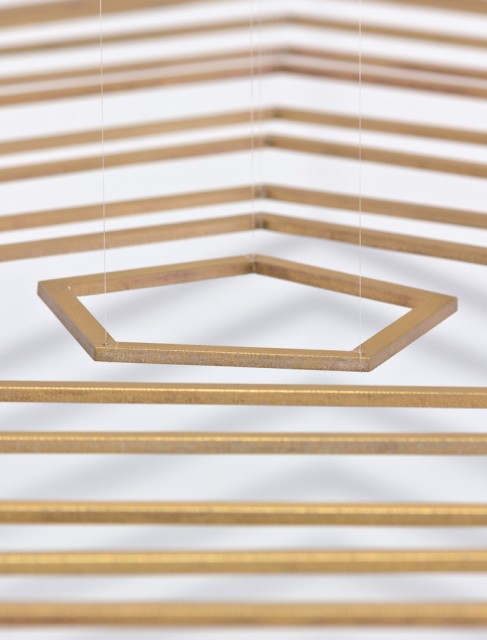 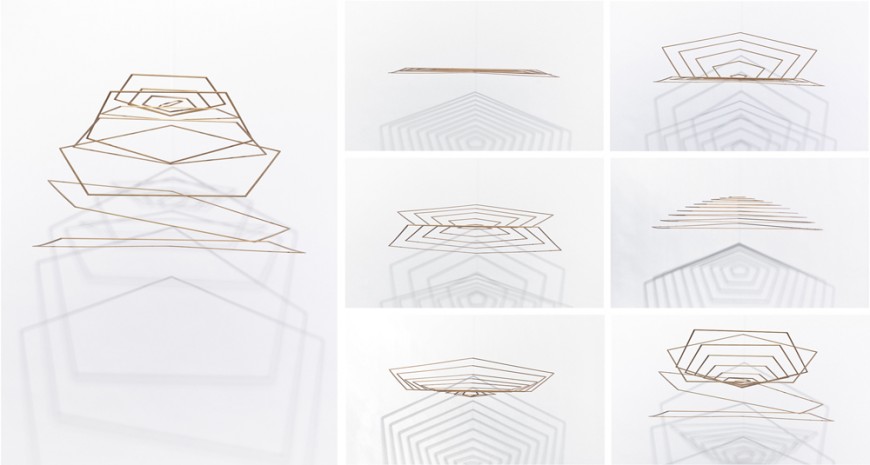 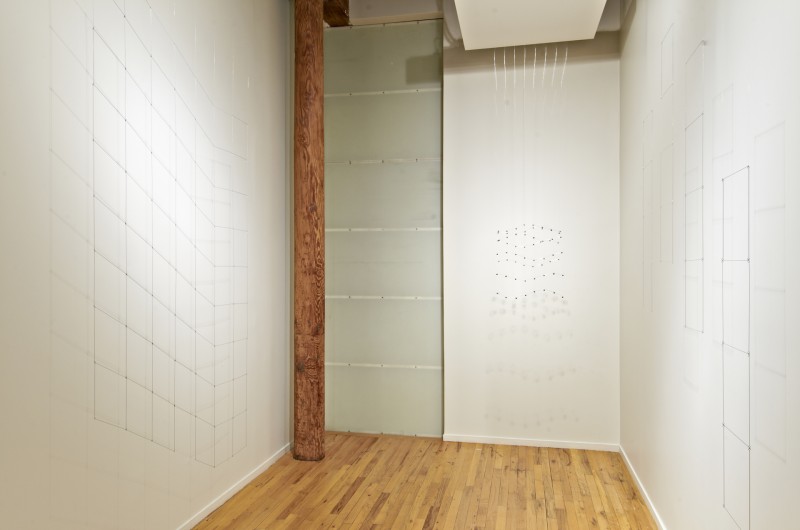 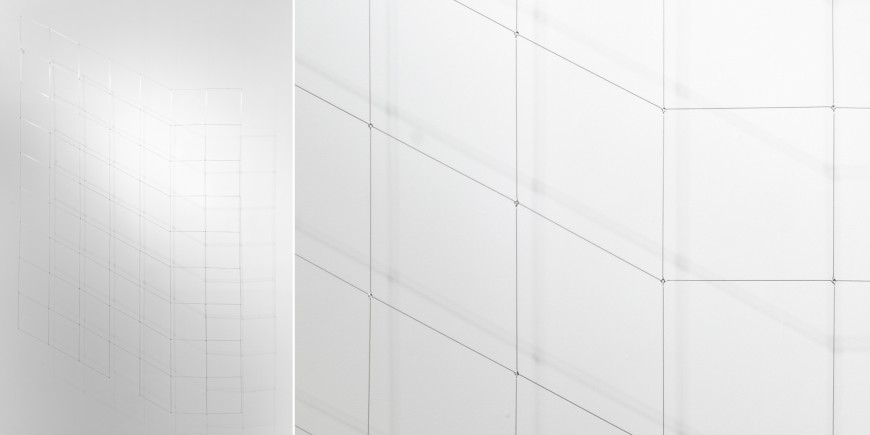 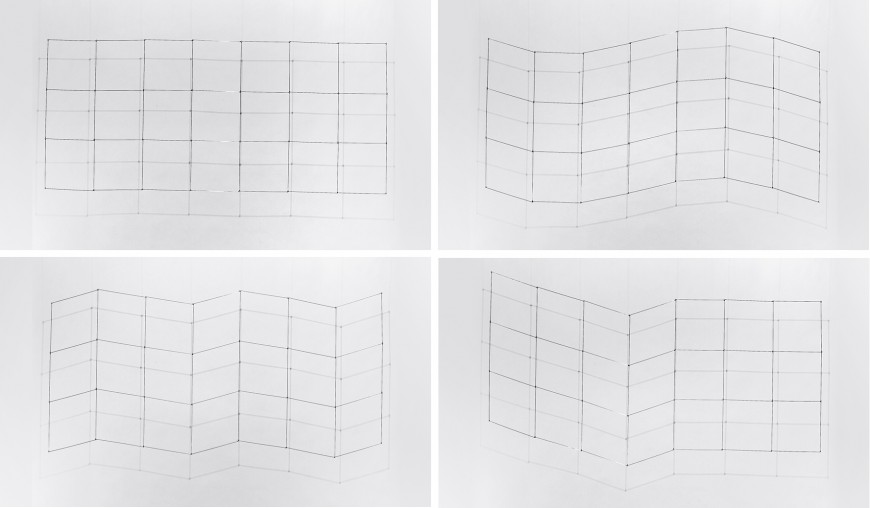 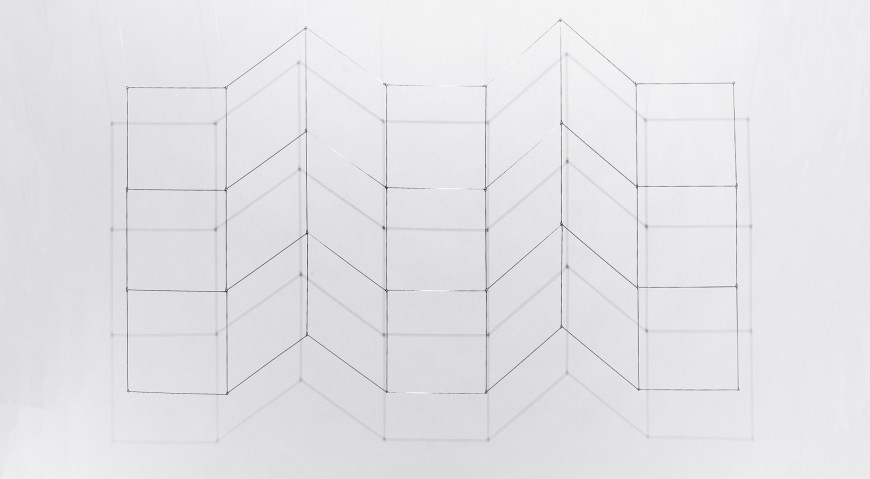 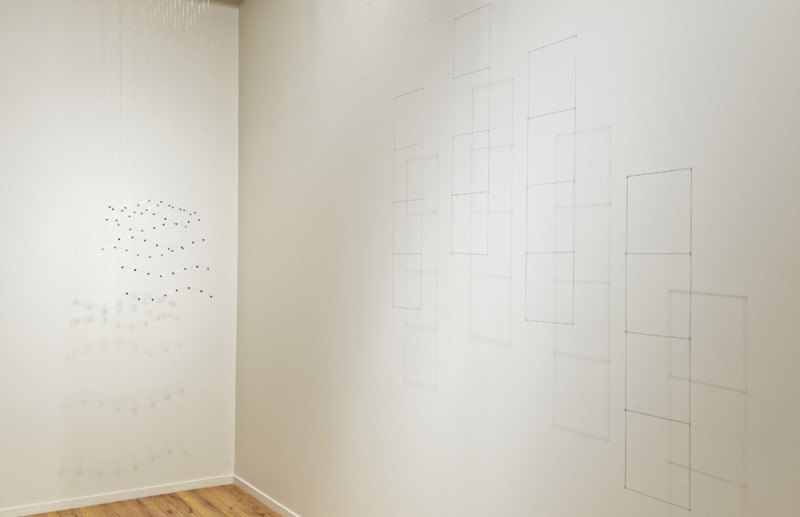 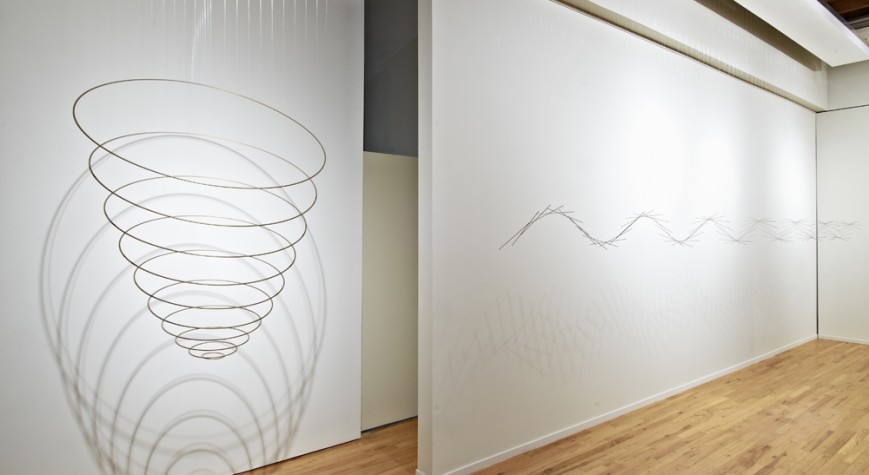 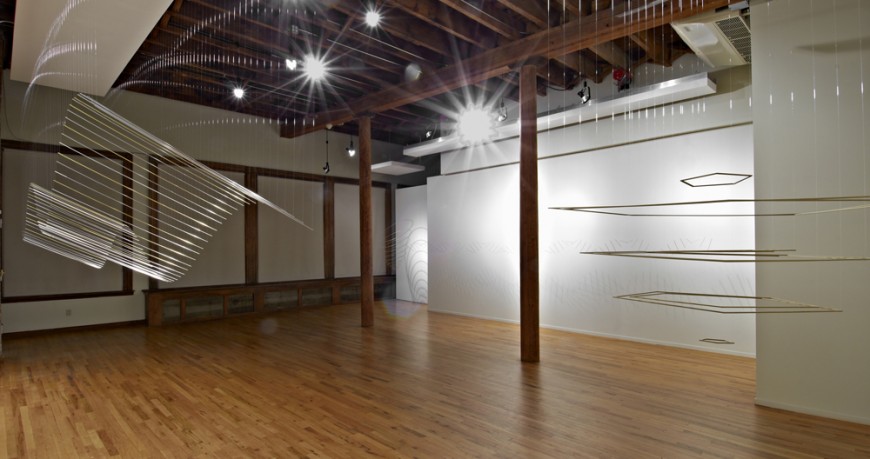 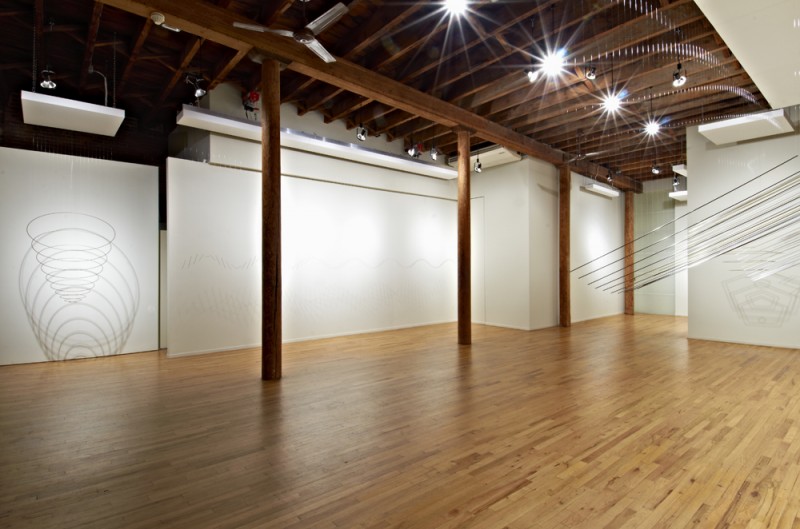 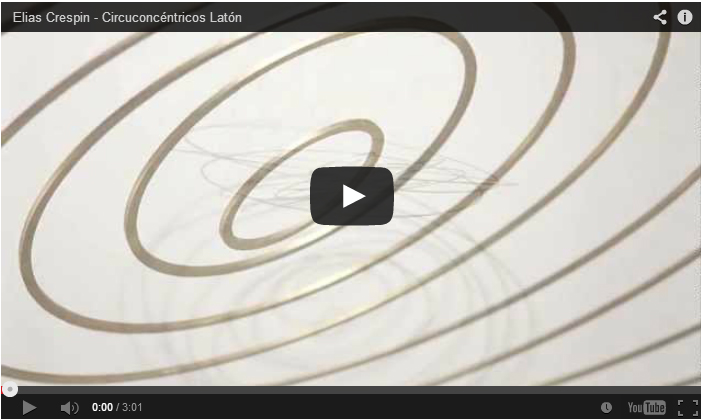 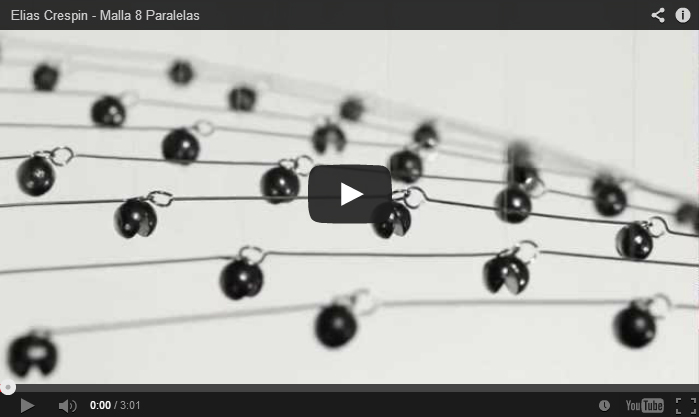 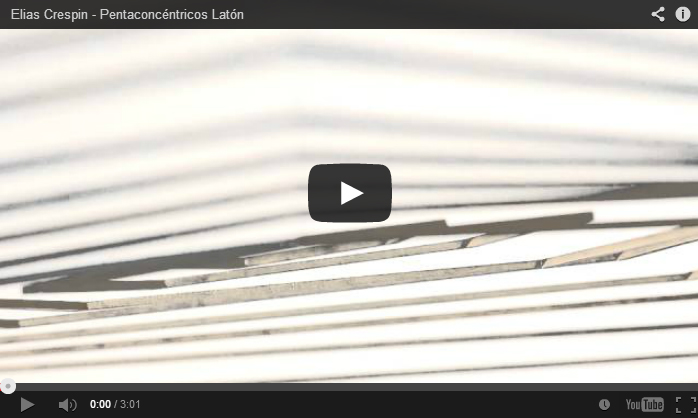 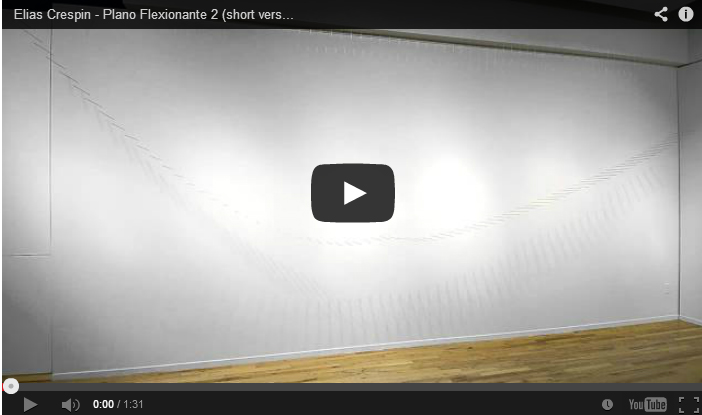 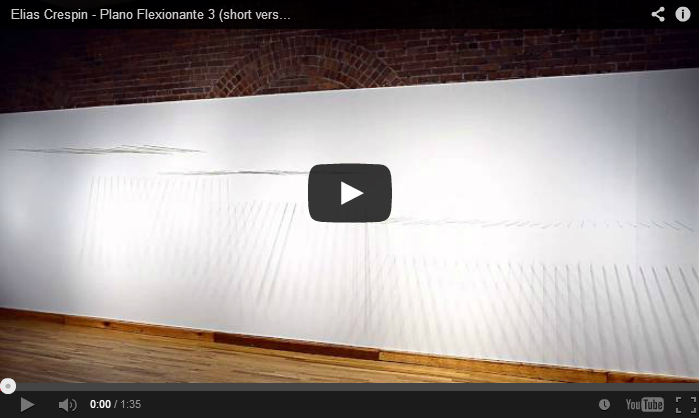 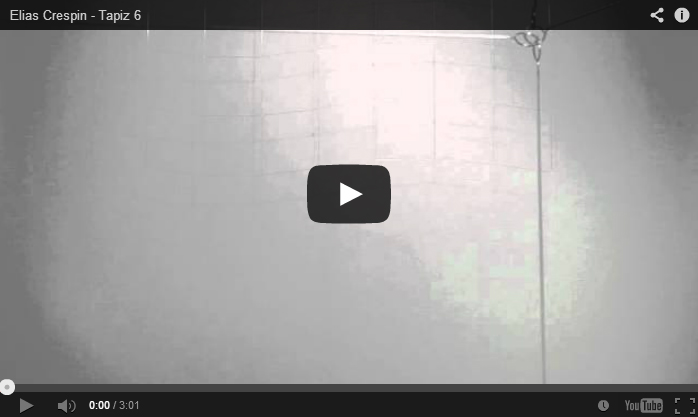 This is the first gallery solo exhibition of kinetic sculpture by Elias Crespin, with seven new suspended sculptures moving in space that create ethereal shadows.

Crespin's work consists of articulated and interconnected elements of metal or acrylic in geometric forms: circles, squares, and lines suspended from near invisible nylon threads.

These suspended elements move through the air, powered by the unseen rotations of hundreds of tiny motors in a choreography controlled by software of Crespin's creation, started with the click of an iphone or ipad.

We invite you to view Crespin's sculpture first hand.

An exhibition catalogue with essay by Cecilia Fajardo-Hill is available.