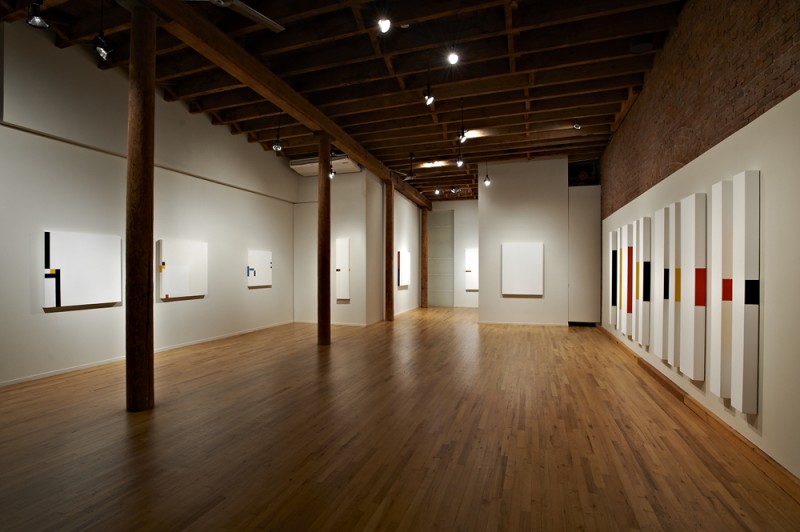 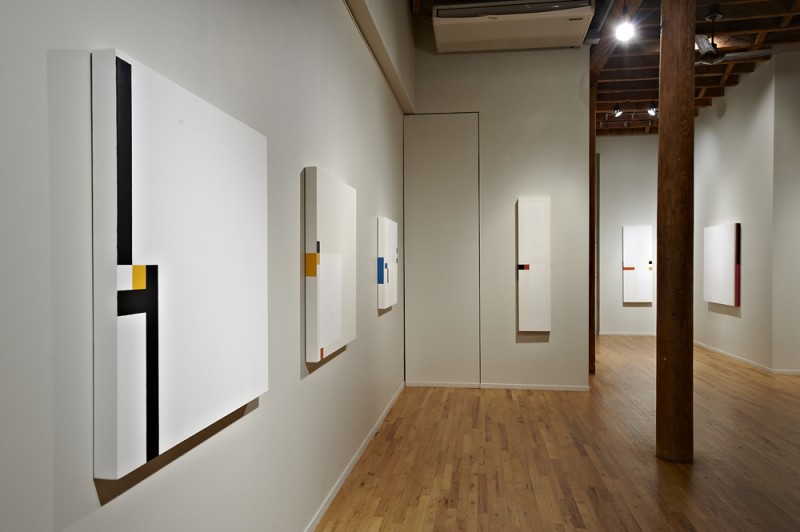 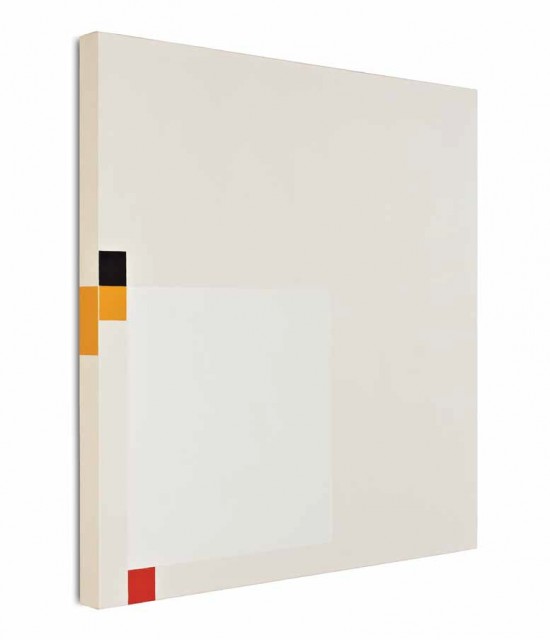 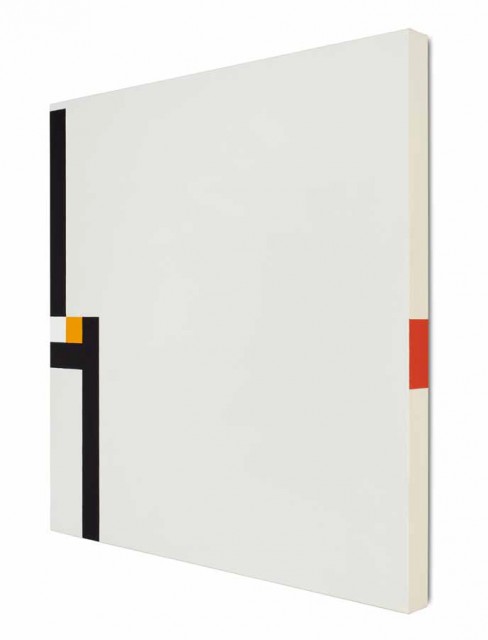 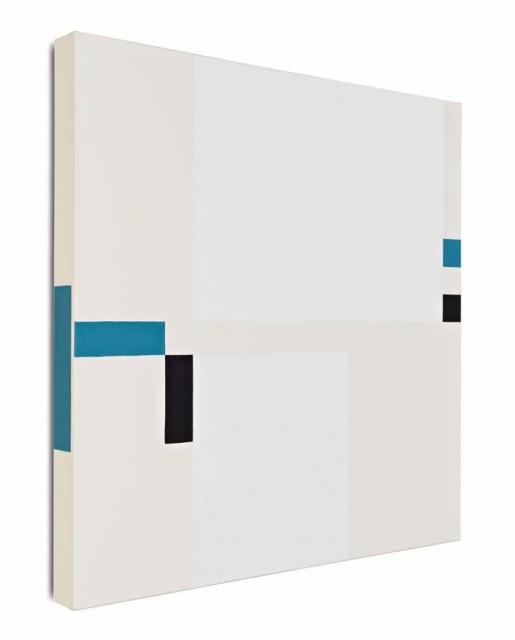 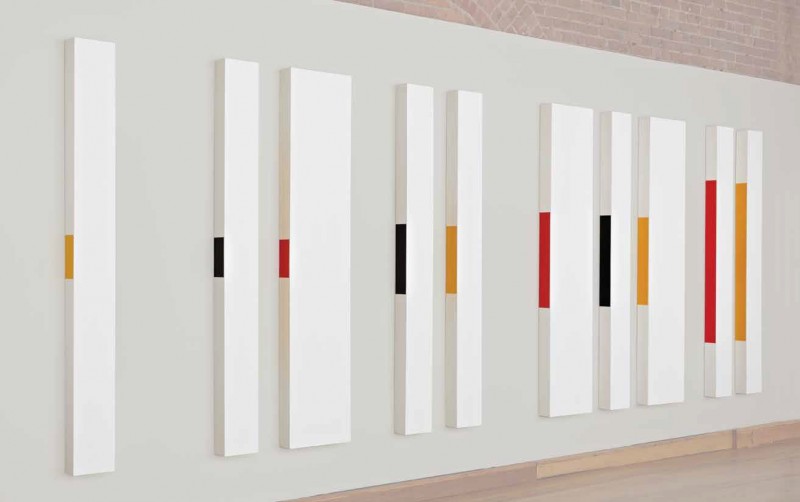 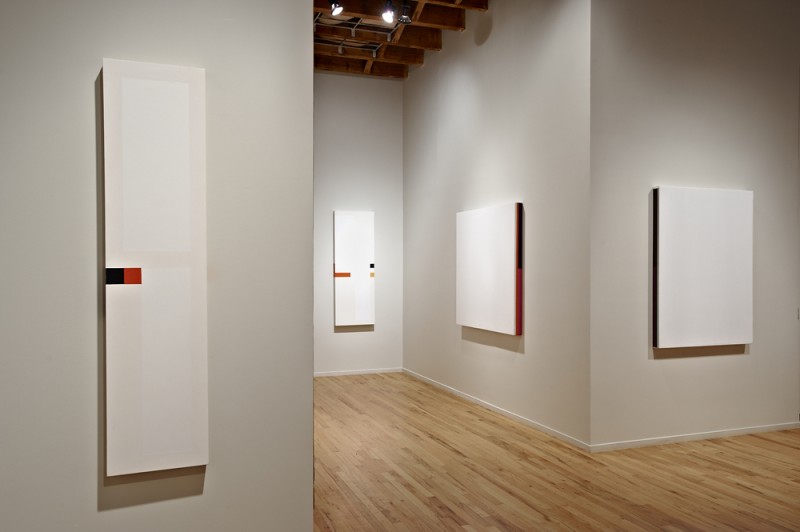 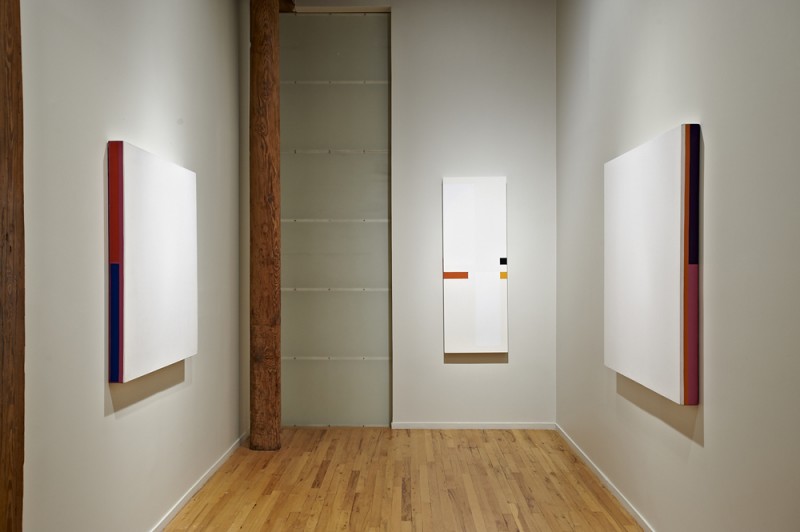 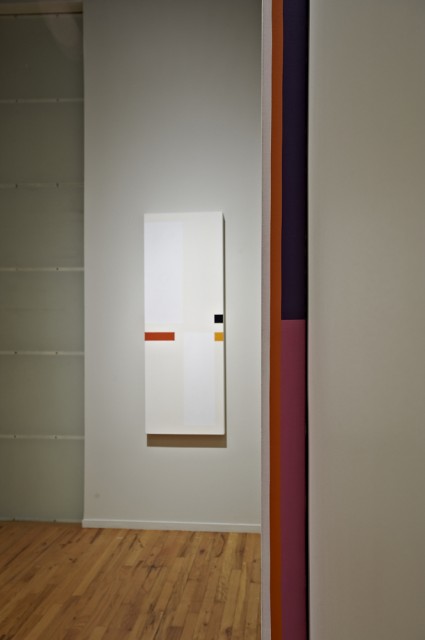 Installation view of Vertical-Rojo Horizontal, 2010 and I Wonder Why, 1971 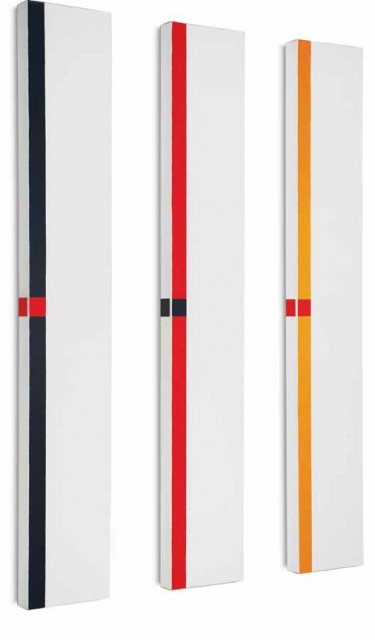 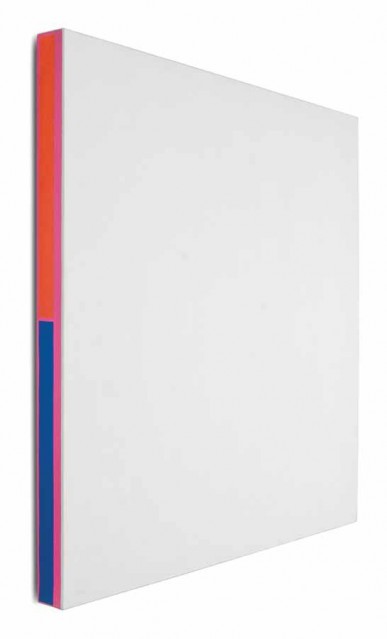 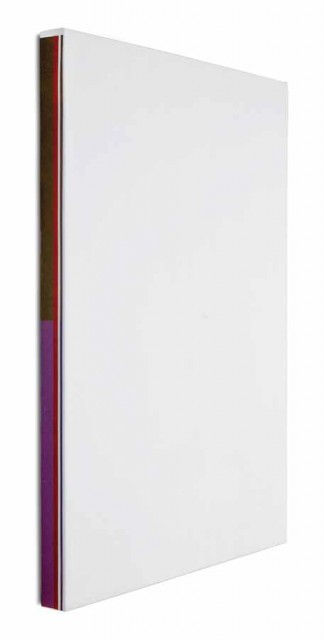 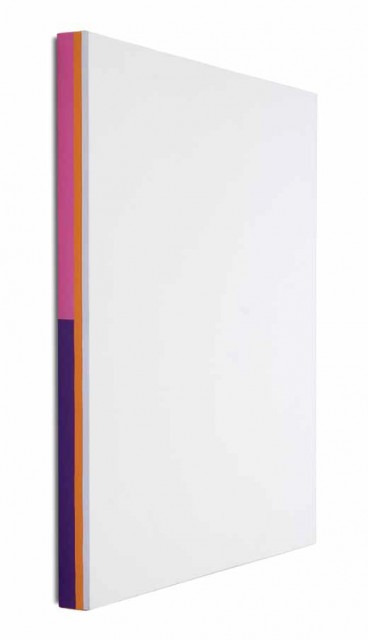 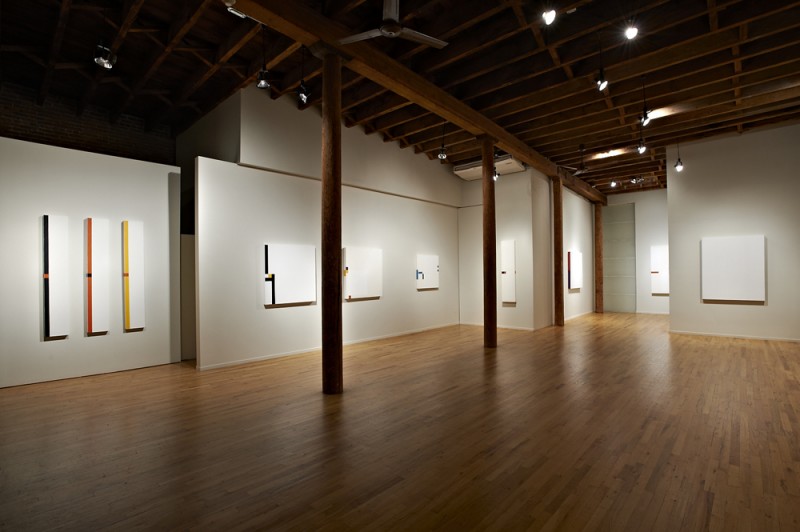 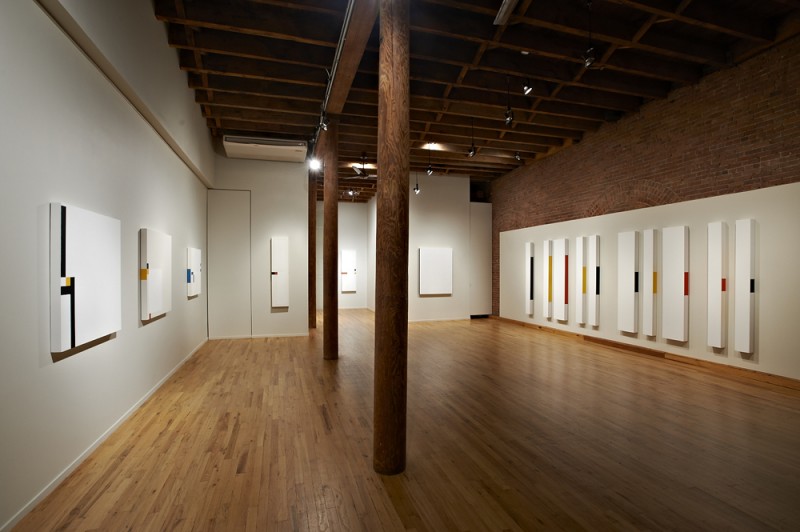 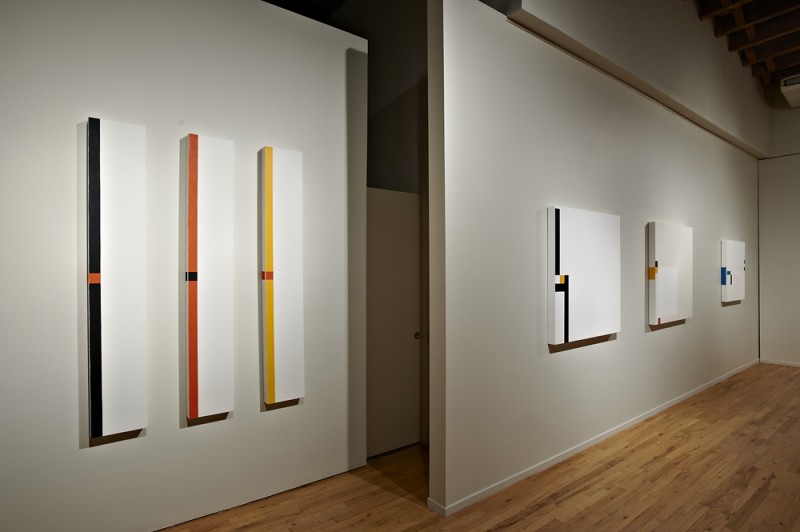 In the late 1960s, César Paternosto moved the emphasis in his paintings to the outer side edges of the canvas leaving the front blank. By shifting attention to the sides he was questioning the old custom of viewing paintings from the front only. As he expand­ed the range of the pictorial field to the sides, the three dimensionality of the painting turned it into an object.

Painting as Object: The Lateral Expansion, concentrates on the evolution and continuity of César’s idea from his early lateral vision canvases through his most recent works.

Edward J. Sullivan’s catalogue introduction and his thought provoking exchange with the artist in their e-mail dialogue bring significant insights to the innovative concept of painting as object.

Paternosto’s thoughts are succinctly put in his essay Painting as Object: Geometric Forms and Lateral Expansions; and his extensive updated chronology make this cata­logue a substantial document of record.

After living in New York for almost four decades, Paternosto moved to Spain in 2004 where his work received great appreciation following his retrospective exhibition at the Esteban Vicente Museum of Contemporary Art in Segovia. He continues to work and live in Segovia.

An exhibition catalogue with essay by Edward J. Sullivan is available.